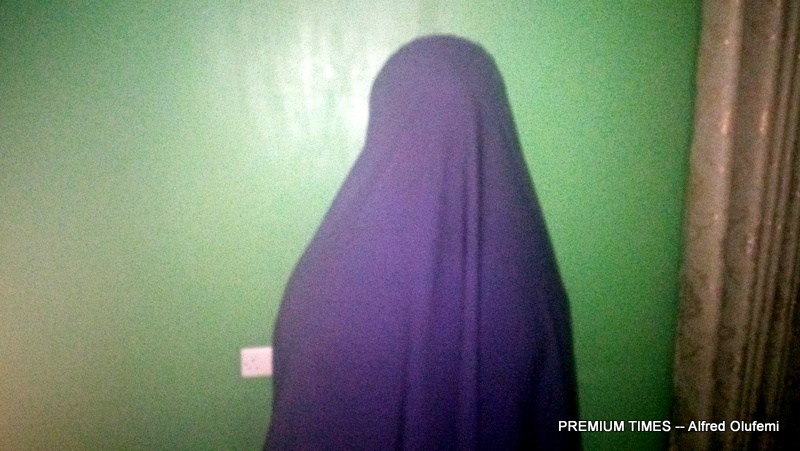 Abdulrahman Habeebulah, an Islamic cleric who allegedly raped a 16-year-old, has been re-arrested after his trial was initially stalled.

In July, PREMIUM TIMES published an exclusive report on the rape of the teenage girl who attended the cleric’s Qu’ranic school in Ede, Osun State.

The culprit did not deny the allegations but claimed she was his wife.

Aside from not being able to provide evidence of marriage, the claim of Mr. Abdulrahman was debunked by the girl and her family.

Also, the Child Right Act of 2003 forbids child marriage as it considers marriage to anyone under 18 null and void.

The culprit was, however, discharged without any compensation for the victim after a court session in August. That was possible because the victim’s family, against her wishes, accepted an out-of-court settlement.

The cleric was tried at a magistrate court in Ede for abducting the victim.

PREMIUM TIMES reported how the pressure from the victim’s paternal family was intense to the point that she threatened suicide if the family did not allow the law to take its course.

She, however, succumbed to the pressure, this reporter learnt.

The elder brother of the victim, Muideen Oloyede, hinted that the case has been re-opened and transferred to the state criminal investigation department in Osogbo.

In a telephone interview with this paper on Friday, he narrated how the police operatives summoned them (victim’s family) a week ago.

He said the family was reluctant until it was heard that the summon is owing to a directive from the Inspector General of Police for an investigation.

“The police said they got a signal when we went there last week. Although they did not show us the signal, we were told it was owing to a series of petitions the IGP got,” he said.

“I’ve spent a lot on the case till the point that I already gave up. Since the family had earlier opted for a settlement, I was disappointed and handed over everything to God.”

Nonetheless, this paper, through neighbours and acquaintances, learnt that Mr Abdulrahman was re-arrested on Thursday and detained until Saturday when he was granted bail.

Mr Abdulrahman has since our first publication, refused to speak to PREMIUM TIMES.

The victim and her mother were invited for questioning in Osogbo on Friday.

According to a source close to both families, the cleric was ordered to appear at the State CID on Monday.

The Osun police spokesperson, Folashade Odoro, did not return calls and messages sent to her on the reopened investigation.

The Osun police commissioner, Abiodun Ige, on Friday evening said she could not confirm or debunk the investigation when this reporter reached out to her.

Speaking to this reporter on Saturday evening, the Nigeria police spokesperson, Frank Mba, said he also could not verify the arrest.

Mr Mba, however, said he is familiar with the case.

In a telephone interview with PREMIUM TIMES, he stated that he was aware of a petition written by a human rights group, RULAAC, on the case.

The group had written to the Inspector-General of Police to order the Commissioner of Police, to re-arrest the accused and prosecute him for rape.

The letter dated July 15 was signed by the Executive Director of the organisation, Okechukwu Nwanguma.

The anti-trafficking agency, NAPTIP, is also still conducting its investigation, an official said.