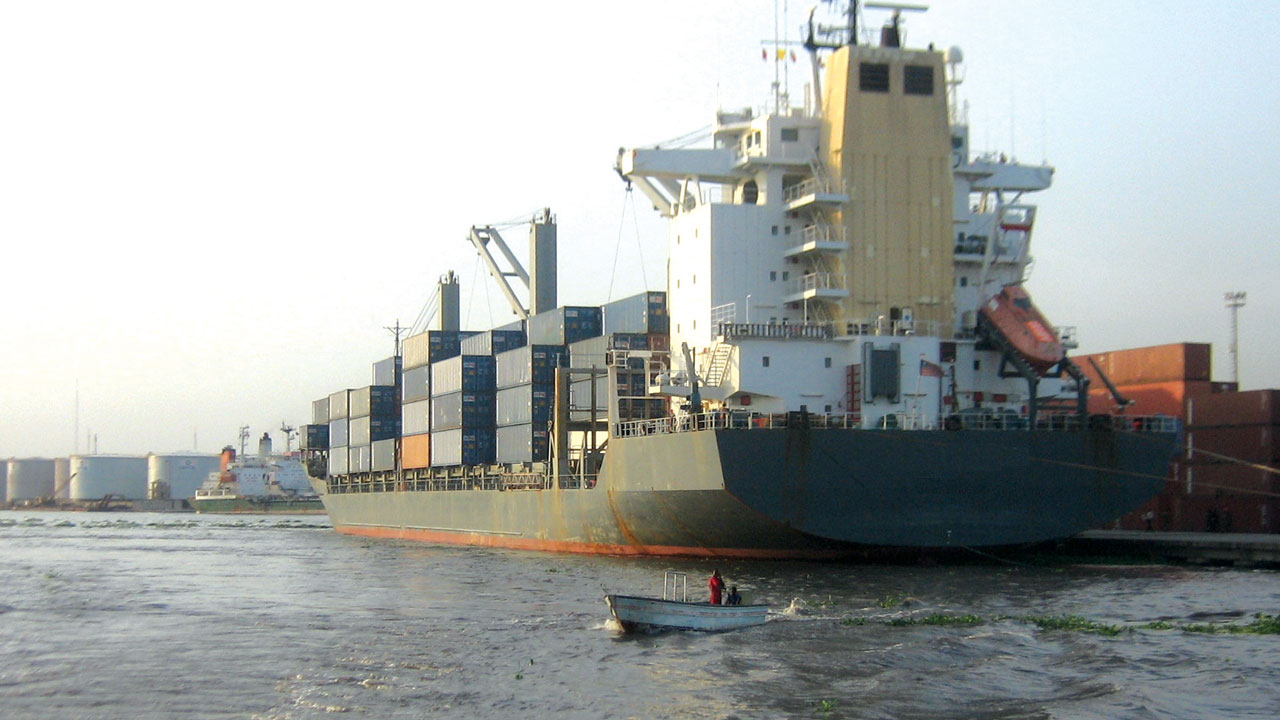 The Life Patron of the Nigeria Institute of Shipping (NIS), Caleb Okoye, has called for urgent actions to decongest Nigerian ports and re-establish a national carrier for faster development of the shipping industry.

Mr Okoye made the call at the Nigeria Institute of Shipping’s 9th Annual General Meeting and Awards held on Friday night in Lagos.

According to him, the country does not have a national carrier since the demise of the Nigerian National Shipping Line (NNSL).

He said that almost all the containers to and from Nigeria were carried by foreign shipping lines.

He also regretted approval of tank farms near the ports without due consideration of the road traffic implication to the ports.

“I am alarmed by the situation of our ports. Apart from oil, over 80 per cent of cargoes coming to Nigeria are now containerised.

“The container traffic started in Nigeria in 1966 when NNSL and two UK shipping lines formed African Container Express; they made arrangements with the Nigeria Railway Company to transfer containers from Apapa to Kaduna container terminals.

“The rail link between Lagos and the North was then running smoothly. Today that is history,” he said.

He claimed that the Federal Government had not made any good investment in uplifting the port facilities especially Tincan Island and Apapa ports.

He also said that the military government made a mistake in authorising the establishment of sugar, wheat and cement factories inside the ports.

Mr Okoye said that it would have been appropriate to site only factories for goods meant for export at the port.

He, however, said that the plan to open the Lekki Deep-sea Port and Dangote Refinery on the Lekki-Ajah zone was a bold step by the government, urging road or rail connections to the facility.

Anthony Onoharigho, the National President, NIS, said the major challenge of the institution was inadequate finance.

He said that NIS was determined to have a shipping house and be chartered.

According to him, NIS has been advocating that the cabotage funds be used to buy a ship for the country’s shipping line to run.

“If we can get one ship to be running in the industry, people would get jobs; you know 90 per cent of our crude oil is being lifted by foreign vessels.

As regards the institute’s Charter Bill, he said it had gone up to the second reading before legislative issues came up and stopped it.

“But now it will be back online again,” he said.

On traffic congestion on roads leading to the ports, the NIS president said that there was the need to properly plan movement of articulated vehicles on the roads.

“Government should develop other ports; if cargoes are segregated, those going to Port Harcourt will go there; Lagos, Warri and Calabar will do same.

“We should not drop all cargoes in Lagos as this is part of what is causing the congestion.

“There is the need to make all ports that are not functioning to function again as the concentration of cargoes in Lagos is the major cause of the congestions,” he said.

The News Agency of Nigeria (NAN) reports that the NIS is a professional body incorporated in 1993 with the objectives of facilitating international business cooperation at all levels and all aspect of the maritime industry.

NAN reports that Mr Onoharigho emerged the NIS President again at the 9th Annual General Meeting. The tenure is for two years.

50 people were inducted into the institute as members and fellows at the event.