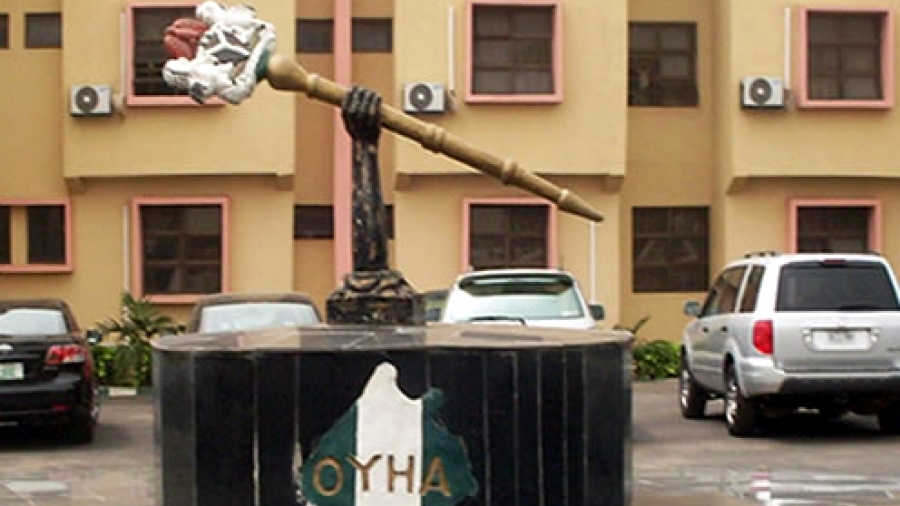 The Oyo House of Assembly has passed the anti-open grazing bill.

The bill prohibits open grazing in the state and will become law if signed by the governor, Seyi Makinde.

Oyo is the latest state to embrace the law following examples by Benue, Ekiti and Edo States.

The bill was sponsored by the Speaker of the Assembly, Adebo Ogundoyin, the Deputy Speaker, Abiodun Fadeyi, Majority Leader, Sanjo Adedoyin and the minority Leader, Asimiyu Alarape.

The bill had been opposed by herders who said the legislation would cause “commotion” and has threatened to challenge the law in court.

The pastoralists, mostly Fulani, converged in Igangan in Ibarapa North Local Government Area, where they met for several hours on Wednesday.

The meeting was presided by the Sarkin Fulani of Oyo State, Saliu Abdul-Kadir, who described the bill as “too draconian” and targeted at crippling herdsmen from practising their age-long cattle rearing activities across the state.

The herders in a communique issued at the end of their meeting on Wednesday said, “We will go to court. We will seek legal redress if Oyo State Governments insists on imposing this Bill on us. The implementation of the Bill as it is will cause a commotion.

“It is simply this issue that threw up IDP Camps in Benue. And we don’t want all this to happen here in Oyo State where we have been living peacefully with our fellow farmers for ages.

“However, if we are pushed to the wall, we know the next level. Our next level is to seek the legal option. We will go to the court of law over the matter. But for now, we are begging Oyo State Government to see us as Nigerians and partners in progress who, for ages immemorial, have added values to the economy of the State.

“It is also a matter of fact that we Fulani dominate large percentage of voters in Oyo State. The government only recognizes us during electioneering and voting periods. Government is not giving us any facility or loan to boost our cattle rearing business while the farmers, on the other hand, get agric loans, fertilizers, etc. Is this the only way Government is now repaying us for our patriotism?

“We are equally opposed to ranching which is capital intensive. Why not ask the farmers also to fence their farm holdings? How much are we going to be spending per caged cow per annum in form of feeding, etc.?

“We do not agree. The government should rather checkmate the inflow of foreign herdsmen who have been responsible for the security challenges in the land.”

The Oyo Assembly passed the bill despite the threat. The Assembly argued that the law will foster peace and promote agricultural business in the state.

The House noted that the bill which was passed to avoid continuous damages and end loss of lives and clashes between herders and crop farmers.

The speaker, Mr Ogundoyin, appealed to residents of the state to ignore falsehoods and misconceptions about the bill.

He said a public hearing was held in which critical reviews and opinions of all concerned stakeholders, individuals, groups and experts were accommodated and considered before been passed into law.

“We assured the people that all suggestions and memoranda of understanding submitted by various groups, agencies and representatives of different communities and tribes on the open rearing and grazing regulation bill 2019 were painstakingly looked into before it was passed into law.

“I am appealing to everyone to shun the rumour spreading that the law is to make life and business unbearable for some targeted group or set of people, rather it seeks to promote peace among residents and different tribes in Oyo state,” he said.

He maintained that the House of Assembly through the law was only seeking legal framework to address the issue of open rearing and grazing as well as encourage and protect the economic activities of others who are into agricultural-related ventures and the residents.

“Both herders and crop farmers are farmers, and because laws are made to correct, definitely we do not expect it to favour anyone 100 percent. I implore them to embrace developmental changes this law is bringing into the agricultural business after it enactment.

“Let us consider partnership, cluster farming, cooperative ranches and other helpful methods that are working in successful neighbouring country.

“If we truly desire development and growth in our agriculture, then we have to get ready and adopt new strategies to boost our produces and reduce lost of resources and lives,” he said.

Why it is difficult to meet NERC’s N24.2 bn debt deadline — DISCOs