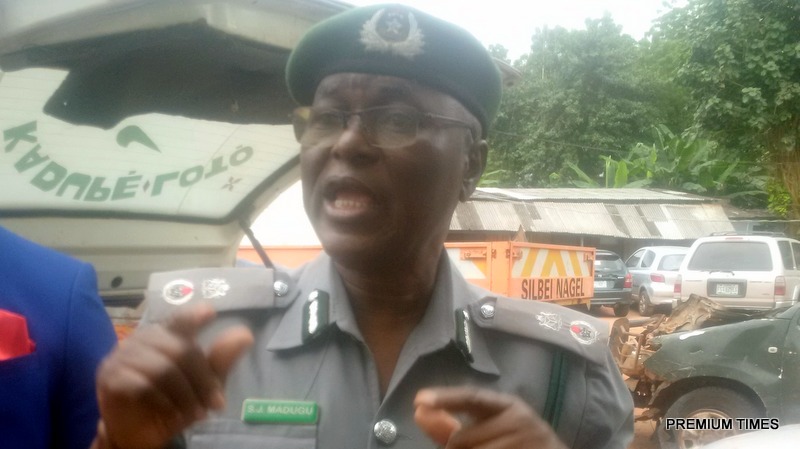 How we killed suspected smuggler- Customs

The Nigeria Customs Service (NCS), Ogun State Command, on Monday said it shot dead a suspected smuggler (name withheld) who tried to disarm one of its officers.

The Customs’s Public Relations Officer, Abdullahi Maiwada, in a statement said some alleged smugglers were intercepted in a vehicle loaded with prohibited items suspected to be smuggled into Nigeria from Owode-Yewa border area of the state.

He said one of the suspected smugglers was shot dead when he attempted to disarm a custom officer.

“At the initial stage, the suspected smuggler conveying the aforementioned items took to his heels and later mobilised his compatriots for mob action against lawful officers.

“In the process, the suspected smuggler and owner of the smuggled items engaged an armed officer in a physical battle in a bid to disarm him. In the ensuing struggle, the officer appropriately exercised his superior power in self-defence leading to the death of the yet to be identified smuggler,” Mr Maiwada said.

He said the deceased has been deposited in an undisclosed mortuary pending further investigation.