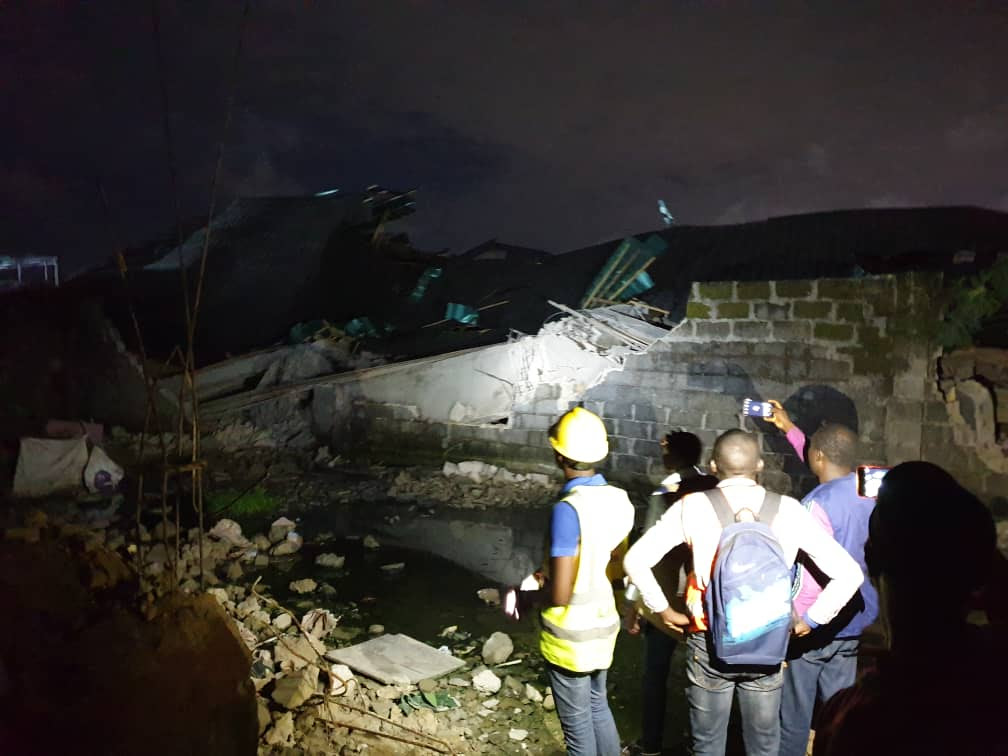 A three-storey building at Sharks Squad on Lekki Expressway collapsed at about 7:14 p.m on Thursday injuring at least three people, the Director-General of the Lagos State Emergency Management Agency (LASEMA), Olufemi Oke-Osanyintolu, has said.

Mr Oke-Osanyintolu said this in an interview with the News Agency of Nigeria (NAN) in Lagos.

He said the collapsed building was under construction, and three people had been rescued.

“The three people sustained various degrees of injuries and they have been treated and discharged,” Mr Oke-Osanyintolu said.

He said there was no death recorded, while officials were still working and monitoring the situation at the site.

He, however, said that the Lagos State Building Control Agency (LABSCA), as well as the Ministry of Solid Material Testing Agency And Physical Planning had been informed for further investigation.

INTERVIEW:  The Legacies I Left For Nigeria — Ex-President Jonathan