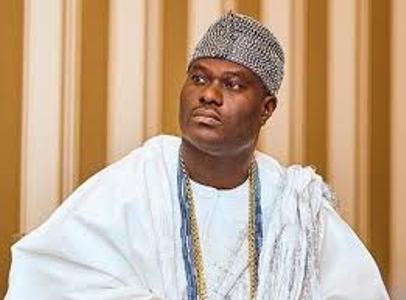 The Ooni of Ife, Adeyeye Ogunwusi, has described the recent xenophobic attacks in South Africa on Nigerians living there and their properties as a shameful act that is unacceptable to the black race in Africa and in the diaspora.

The traditional ruler also advised Nigerians alleged to have embarked on reprisal attacks on South African companies in Nigeria to stop it and allow peace to reign.

The monarch, speaking with the News Agency of Nigeria (NAN) in Lagos, said, ” This attack is a shame on the black people, we all need to come together and see ourselves as one,” he said.

According to him, “the more we propagate our cultural ties across the continent, the more we will see and recognise that we belong to one big family.”

The traditional ruler said that African countries only had artificial boundaries that had given geographical expression of names to countries inhabited by a group of people “but all of us are of the same lineage.”

” We must erase the ongoing xenophobic killings in Africa, we only have artificial boundaries. We are all the same, whether Nigeria or South Africa.

“Also, we must not forget so soon that Nigeria helped South Africa to fight the Apartheid regime that led her to becoming a democratic country in 1994.

“That development led to the late Nelson Mandela emerging as the first democratically elected president of South Africa,” he told NAN.

He said that it was unfortunate that the people involved in the xenophobic attacks either in South Africa or in Nigeria were only being misled by those who never knew the history of Africa and had no stake to lose.

” What is the percentage of those people’s business in the economy of South Africa? It’s very minute.

“They are attacking their fellow brothers. Nigeria did a lot for South Africa back then.

” The attacks on one another is mere ignorance and unacceptable. We should come together as one unified force,” he said.

The Ooni said that as part of his contributions to the development and the promotion of the continent’s culture and heritage, he had initiated the Oduduwa Mobile Heritage Museum project to be unveiled on Saturday.

He said that South Africa would be one of the countries that would benefit from it as an African country.

“This mobile museum will go to South Africa for them to appreciate the rich culturally values and assets that the continent has, “he said.

Mr Ogunwusi also implored Africans to stop saying negative things with their mouths about themselves and the continent.

He appreciated the Federal Government for its swift response to the issue since it reared its ugly head.

NAN reports that the Ministry of Foreign Affairs on Wednesday informed Nigerians that following the recent unfortunate xenophobic attacks on foreign nationals, including Nigerians in South Africa, Air Peace Airlines had volunteered to transport Nigerians back home.