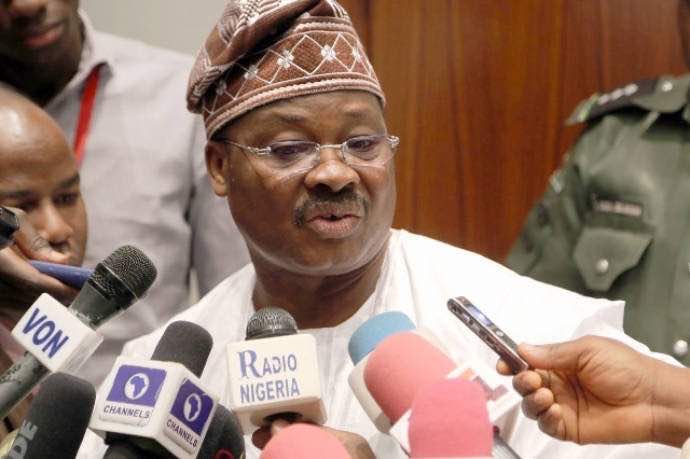 Former Governor Abiola Ajimobi of Oyo State has called on members of the All Progressives Congress (APC) to close ranks ahead of the tribunal’s judgment for both the gubernatorial and senatorial petitions.

Mr Ajimobi, at the Oyo South Senatorial District meeting held in Ibadan on Friday, said it was imperative that members, particularly those from Ibadan and Ibarapa zones of the state, must unite.

The News Agency of Nigeria (NAN) reports that both the former governor and the APC governorship candidate in the state, Bayo Adelabu, had approached the tribunals in the state.

NAN reports that Mr Ajimobi is challenging his loss to Kola Balogun of PDP in the Oyo South Senatorial election, while Mr Adelabu is challenging Governor Seyi Makinde’s victory at the poll.

Mr Ajimobi, who defended the rationale behind some of his actions and policies which generated controversies, enjoined party faithful to approach future political challenges with a resolve to be selfless, forgiving and more committed to the party’s cause.

“We are expecting the courts to do justice to some of the cases emanating from the conduct of the last general elections in the state especially as it concerns the Oyo South Senatorial seat and the governorship.

“I admonish every member of our great party to eschew bitterness and preach genuine reconciliation.

“There are insinuations in some quarters about some of the policies and undertakings of our eight-year administration which some considered controversial.

“But in all honesty, I meant well for the state. All my actions were geared toward facilitating development for the whole state and also thus make life more meaningful for the masses,” Mr Ajimobi said

Akin Oke, the State APC Chairman and Adefisoye Adekanye, Oyo South Senatorial Chairman, in their separate remarks, appealed to members to remain faithful and committed in view of the current challenges.

“What happened in the 2019 general elections was an eye opener. We have all realised the need for loyalty to our party, renewed commitment to its cause and entrenchment of peace among ourselves,” Mr Oke said.

He sued for peace and harmony to accommodate various interests while also displaying loyalty to the party.

“We are not leaving any stone unturned to make Oyo APC stronger and better. All avenues for genuine reconciliation are being explored and we are optimistic about getting the desired results at the end,” Mr Oke said.

Mojeed Olaoya, the State Secretary of the party and the party’s chairmen from the nine local government areas in Oyo South Senatorial District, gave updates on the efforts made so far to bring back aggrieved members who left the party during the crisis before the general elections.

“The State Executive Committee has put in place various committees made up of experienced and passionate individuals to bring back all the aggrieved members and we are satisfied with the success being recorded on daily basis,” he said.

NAN reports that the meeting, which held at the party secretariat in Ibadan, had in attendance leaders and chieftains from the nine local government areas of the district.

Among the dignitaries present were Mr Adelabu, Olalekan Alli, a former SSG, former legislators, chairmen of the local governments and LCDAs, members of the State Working Committee of the party as well as leaders of the party across the senatorial district.

FG signs MOU with Unilorin on land for N-Power beneficiaries