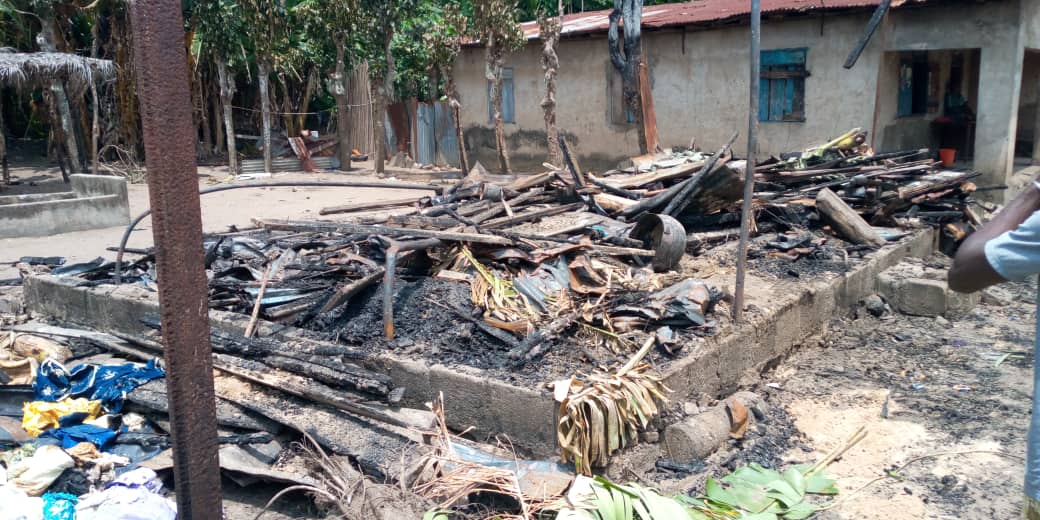 Five children lost their lives in an inferno after they were locked inside a room in Abagbo village, Takwa-Bay in Lagos.

The incident, which occurred last Tuesday, was reported to the Takwa Bay Police Station.

Bala Elkana, the Lagos police spokesperson, said in a statement on Sunday that the police is investigating the cause of the fire.

“Takwa bay Police Station received an information that there was a fire incident at Abagbo Village, Takwa-Bay on August 6 which claimed the lives of five children from the same family.”

According to the statement, Florence Asoye, the mother of the children left them in the care of her neighbour before leaving the house on the day of the incident.

The neighbour, who was identified as Suliat, however, reportedly locked the children in the room and went out.

“The mother of the victims stated that she left home at about 1830hours to Takwa-bay Jetty only to come back to see her room completely razed down by fire.

“She left her children under the care of one Suliat but locked the children in the room and left to an unknown destination.”

When Mrs Asoye returned, she met her room completely burnt and her children dead.

The deceased children were aged 13, eight, six, two, and one respectively.

Two of the children were said to have been burnt beyond recognition.

Just a month ago, PREMIUM TIMES reported how a 70-year-old woman and her four grandchildren died in a midnight fire at the coastal Biagbini community in Ese Odo Local Government Area of Ondo State.

The incident happened on July 7 and the cause of the inferno was unknown.

The grandchildren were aged three, five. seven, and nine.

Homosexuality, lesbianism cause of insecurity in Nigeria, Emir says