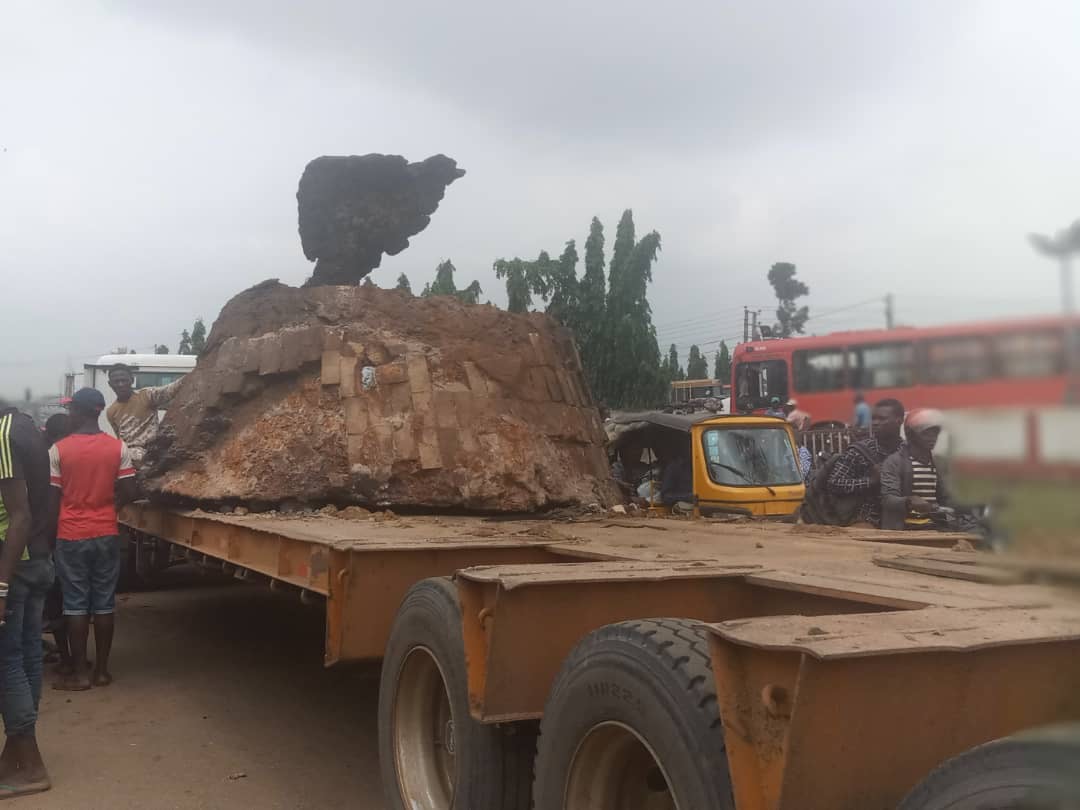 A commercial motorcyclist and his passenger sustained serious injuries after they ran into a truck at the Sabo area of Ikorodu on Thursday.

The collision left the motorcyclist unconscious while his passenger sustained injuries on both legs.

A witness told PREMIUM TIMES that the accident was caused by officials of the Lagos State Traffic Management Authority (LASTMA).

“I was there when it happened, LASTMA caused it,” said the witness who preferred not to be named.

“This is what happened, they caught one Vanagon (yellow bus) and told him to park by the side of the road. The truck was coming and was not speeding at all, the truck while swerving to the other side, collided with the bike which was already by the side.

“If you look at it, the truck did not hit the bike from the front, the bike was already by the side, he was trying to swerve to pass on the narrow road.”

Another commercial motorcyclist who witnessed the accident also said the truck driver was not at fault.

“It was those LASTMA people,” he said.

“Immediately it happened, they drove their car away from the scene but they wouldn’t have driven the car far from here.”

A PREMIUM TIMES reporter who also witnessed the accident saw the motorcycle passenger groaning in pains.

After some minutes, police officers around the scene stopped a commercial tricycle with which they used to convey the passenger to the hospital.

The commercial motorcyclist later regained consciousness after his colleagues poured water on him.

A LASTMA officer present at the scene declined to speak about the incident.

A police officer who came to the scene from the nearby Sabo police station said that the case would be investigated.

“The truck and the bike will be towed from the scene,” he added.