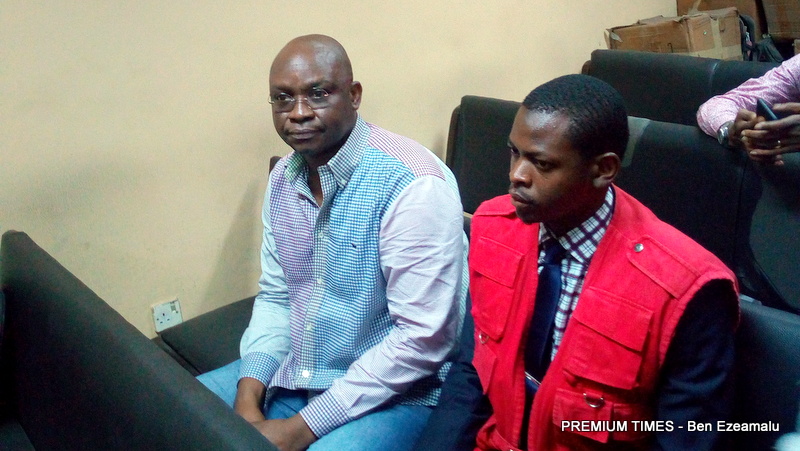 File photo of Former Ekiti governor, Fayose, in court for his trial

Mr Fayose was arraigned on October 22, 2018, before Justice Mojisola Olatotegun, alongside a company, Spotless Investment Ltd, on 11 counts bordering on fraud and money laundering offences.

He is being prosecuted by the Economic and Financial Crimes Commission (EFCC).

He had pleaded not guilty to the charge and was granted bail on October 24, 2018, in the sum of N50 million with sureties in like sum.

The prosecution had opened trial on November 19, 2018, and had so far called 13 witnesses out of the 15 listed.

However, the Chief Judge of the Federal High Court, Hon. Justice Adamu Abdu-kafarati had transferred the case from Justice Olatoregun, to a new judge, Justice Chukwujekwu Aneke, following a petition by the EFCC seeking a transfer of the case.

A new date of June 28 has now been foxed the for re-arraignment of Mr Fayose before Mr Aneke.

The CJ’s letter of transfer had read as follows:

“I refer to the petition of EFCC on this case and your Lordship’s comments thereto.

“It is apparent that the prosecution has lost confidence in the judge trying this case and justice must not only be done but must be seen to have been done. I hereby transfer this case to Hon. Justice C. J. Aneke for hearing.”

Recall that on March 20, a drama had ensued in court midway into trial, between the trial judge, (Olatotegun) and EFCC counsel, Rotimi Jacobs, a Senior Advocate of Nigeria (SAN).

The judge had raised concerns on the manner of prosecution by counsel, and had noted that the prosecutor, was not doing a good job, adding that he was not competent to evaluate the court’s ruling.

On his part, the prosecutor (Mr Jacobs) had expressed displeasure at the rebuke from the court, on the grounds that he had always dispensed his duties diligently, and had never been so derogated by any court.

Meanwhile, during the last proceedings of May 10, a 13th prosecution witness, Adewale Aladegbola, a former driver of a billion van, had given evidences which the prosecutor described as contrary to his extra judicial statement to the commission.

Flowing from that premise, the prosecutor had then informed the court that his witness appeared “hostile” and had then urged the court to adjourn the case to enable him make necessary application on the situation.

But, before trial could resume before Mrs Olatoregun, the transfer of the case had already been communicated to the court.

During trial before Mrs Olatoregun, the prosecution had called witnesses, from Zenith Bank, Diamond Bank, as well as a former Minister of State for Defence, Musiliu Obanikoro.

According to the charge, on June 17, 2014, Messrs Fayose and Agbele were said to have taken possession of the sum of N1.2 billion, for purposes of funding his gubernatorial election campaign in Ekiti State, which sum they reasonably ought to have known formed part of crime proceeds.

Mr Fayose was alleged to have received a cash payment of the sum of five million dollars, (about N1.8 billion) from Mr Obanikoro, without going through any financial institution and which sum exceeded the amount allowed by law.

He was also alleged to have retained the sum of N300 million in his bank account and took control of the aggregate sums of about N622 million which sum he ought to have known formed part of crime proceeds.

Mr Fayose was alleged to have procured De Privateer Ltd and Still Earth Ltd, to retain in their bank accounts, the aggregate sums of N851 million which they reasonably ought to have known formed part of crime proceeds.

Besides, the accused was alleged to have used the aggregate sums of about N1.6 billion to acquire properties in Lagos and Abuja, which sums he reasonably ought to have known formed part of crime proceeds.

The accused was also alleged to have used the sum of N200 million, to acquire a property in Abuja, in the name of his elder sister Moji Oladeji, which sum he ought to know also forms crime proceeds.

Senators, others protest as Clerk sticks to secret ballot