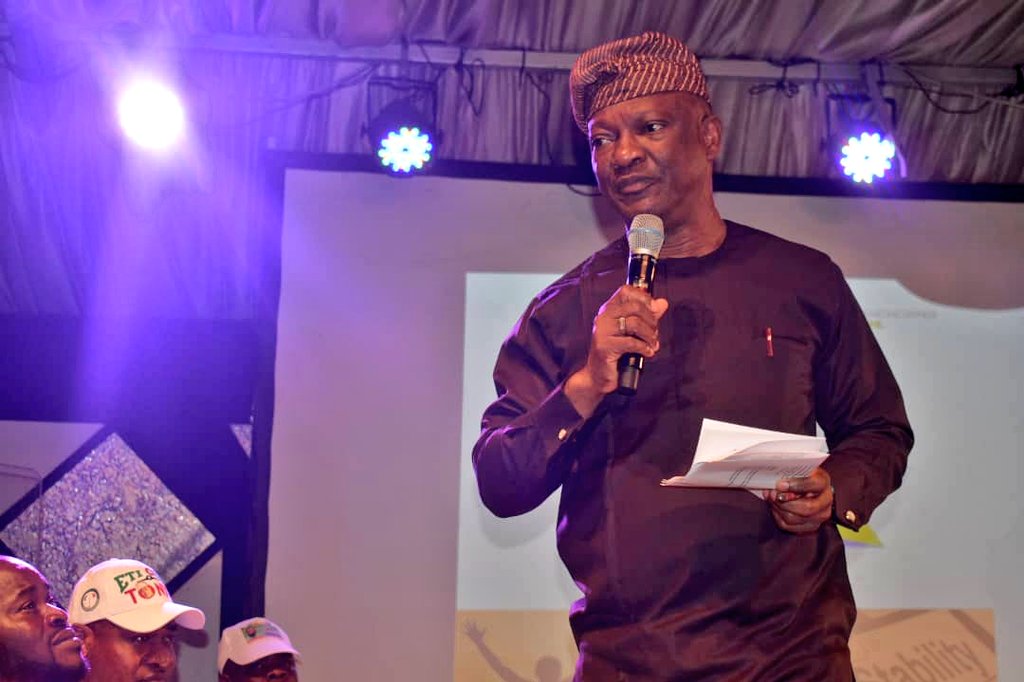 The Lagos State governorship candidate of the Peoples Democratic Party (PDP), Jimi Agbaje, has described insinuations that he has defected to the All Progressives Congress (APC) as the concoctions of a sick mind.

He said this in reaction to Wednesday’s alleged statement by a PDP former National Vice Chairman, Bode George, that the Pharmacist-turned-politician had joined the rival All Progressives Congress (APC).

Mr Agbaje warned: “People should please tell Bode George to shut up and leave PDP if he lacks any value to add to the party, instead of being a dog in the manger hampering the progress of the party in Lagos State.”

The PDP chieftain, however, clarified the true position about him cross-carpeting.

In a statement through his Director of Media and Publicity, Felix Oboagwina, Mr Agbaje described the news about the purported defection as misinformation that should be discountenanced.

The former PDP governorship candidate said he had never been a member of APC and talks of his “returning” to the ruling party had never crossed his mind.

He said: “That false narrative is the product of a sick mind. Or how else do you describe someone who just sits down to concoct fiction and markets it as reality? He should tell the world where he got the news being spreading round.”

Mr Agbaje said: “These shameless party leaders have 2023 in mind. The game-plan is mischievously simple: Give the dog a bad name and chase it away from the party. By 2023, this mudslinging will have scared off credible people from the party, which will leave the whole field to them to continue to corner party resources.

“I am too big to sneak out of one party into another one. And the reality remains that I have not left PDP for any other party, least of all APC.”

Dismissing the rumour as the antics of detractors bent on soiling his name and destabilising the party, Mr Agbaje said, the outburst finally unveiled the secret hand of Esau that had propelled antagonists to embark on a smear campaign against him after the 2019 governorship election he unexpectedly lost to APC’s Babajide Sanwoolu.

He blamed the false narrative on the same set of self-styled party leaders who, on the eve of the governorship election, went to declare for a rival candidate.

“These are people who feel that they want to continue business as usual within PDP,” he said. “All their interest revolves upon sharing campaign and election funds without giving any thought to how to elevate the party’s chances at the polls or adding value to the process.”

Mr Agbaje pointed out that as long as the PDP national headquarters continued to pamper the divisive characters and pander to their whims, so long would the party continue to fail in elections in Lagos State.

He said Mr George in the past clashed with former PDP chieftains who tried to contribute towards elevating the party but ended up frustrated, including the Late Funso Williams, Muhammed Muritala Ashorobi, Musiliu Obanikoro, Moshood Salvador, Rahman Owokoniran, Femi Pedro and Remi Adiukwu.