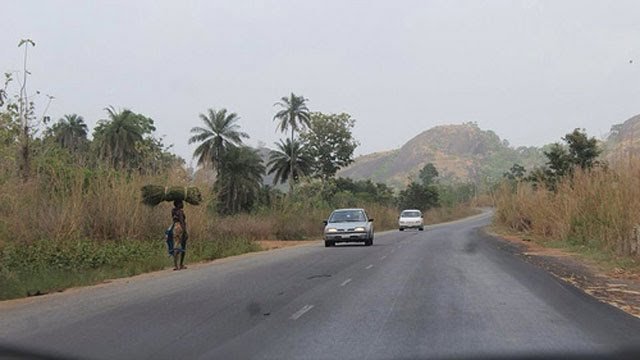 The spate of violent crimes and kidnappings along Ilesa-Ife-Ibadan expressway on Sunday reached a new height, as a professor at the Obafemi Awolowo University Teaching Hospital was abducted by unknown gunmen.

The incident occurred just at the same time a band of armed men attacked and robbed motorists along the expressway.

The kidnap of Olayinka Adegbehingbe, an orthopaedic surgeon at the OAUTHC, has since been confirmed by the university authorities.

Mr Adegbehinge was kidnapped while travelling through the route.

It was gathered that the abductors were yet to reach out to his family or the OAU authorities.

Mr Adegbehingbe’s kidnap occurred the same night some marauders alighted from a moving trailer, and opened fire on travellers at about 6.45pm, killing many passengers and leaving others seriously injured.

The Deputy Registrar of Federal University of Technology, Akure, Adegbenro Adebanjo, reported how his wife and son managed to escape the attack on Sunday night.

“The call came in around 7:30 p.m on Sunday, May 5, 2019…Daddy, daddy, marauders suspected to be herdsmen attacked the vehicle my mummy and my brother were travelling in,” Mr Adebanjo noted on his Facebook page on Monday.

“Where, how? The caller, who is my first son, explained that according to information gleaned from his brother, who managed to escape with his phone, the marauders targeted the travellers on the highway. From what I was able to piece together, it was a clinical operation by professionals.

“At about 6:45 p.m on the Ilesha-Ife-Ibadan Expressway, a trailer loaded with some men suddenly blocked the road around Ikoyi town and some men jumped out and started shooting sporadically.

“Mayhem ensued as vehicles rammed into one another while occupants exited through windows and other openings in a desperate dash for safety in the bush.

“The marauders who spoke in Hausa unleashed mayhem on the hapless travellers, demanding money and other valuables. They pursued those who fled deep into the bush beating and harassing them in the process, while shooting continuously to show that they meant business.

“Some twenty minutes after help came through the Police who engaged the marauders in a shootout and succeeded in forcing them to beat a hasty retreat.

“Mercifully, most of the travellers including my wife and son who were bruised and battered both physically and psychologically live to tell the tale of the harrowing experience.”

She said a report of the kidnap had been officially made to the police.

“We have received a report of the incident, and we are investigating the matter,” she said.