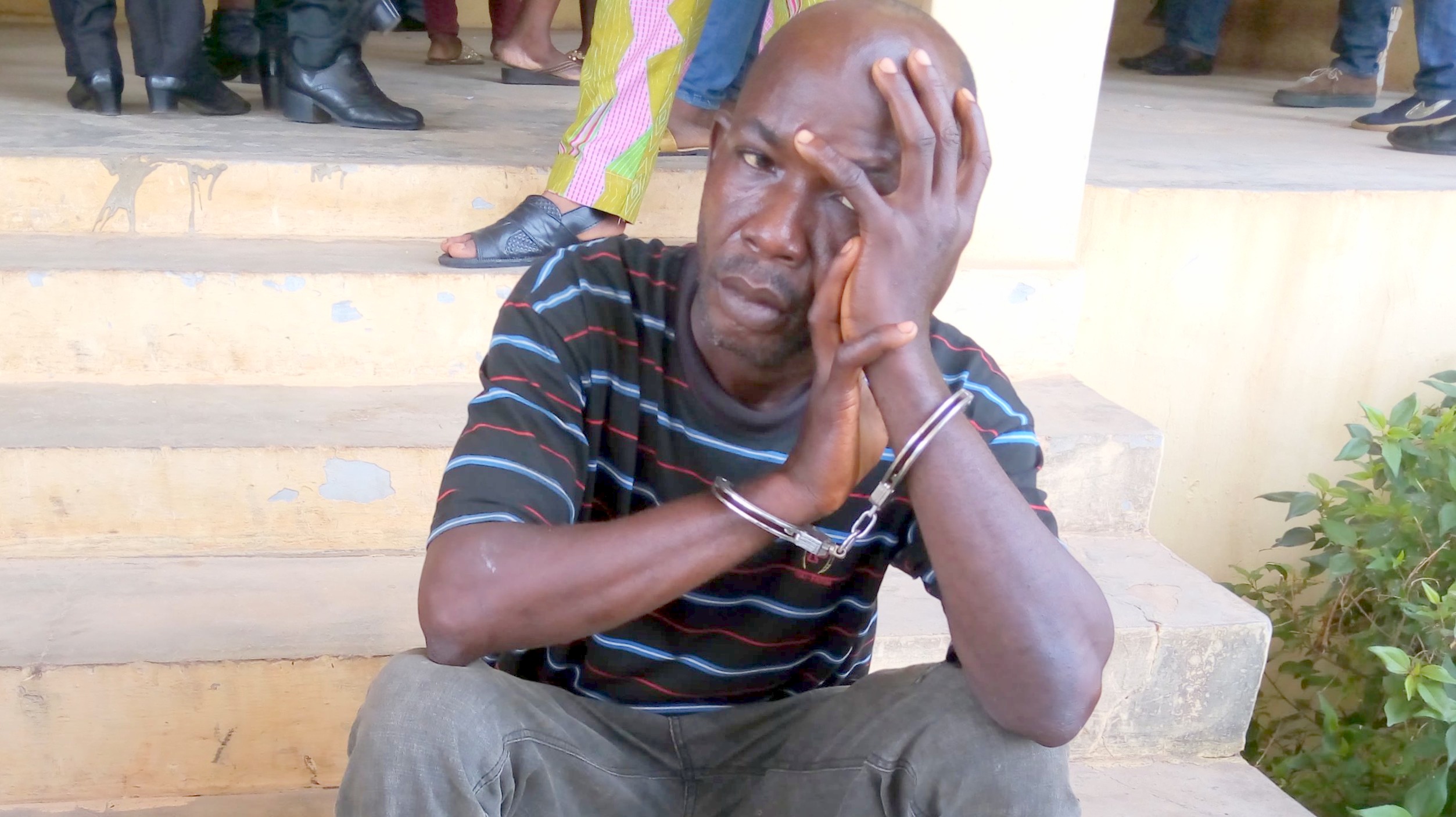 Why I set my ex-lover’s family ablaze – Jilted Lover

It was a cold dark night of April 23, 2019, in Igbodigho community in Okitipupa Local Government Area of Ondo State.

A night which will not be forgotten by the Sanumi family, as they, in one night, lost five persons to an inferno ignited by an enraged lover whose antecedent has been closely related to violent crimes.

Three other persons lost their lives afterwards as a result of the inferno. The fire was set while they all slept.

The villain is one Deji Adenuga, a 45-year-old jailbird, whose reasons for killing eight persons in one arson attack was because he was jilted and cheated by his ex-lover.

Mr Adenuga fled the scene as soon as his evil deed was manifested. He was, however, arrested and paraded on Tuesday by the Ondo State Police Command.

He confessed to the crime.

A palm wine tapper, also known as Davar Oluodo, Mr Adenuga had once been arrested for murdering his first wife in 2012. While awaiting trial at the Olokuta Prison in Akure, he escaped during the 2013 jailbreak at the prison.

Although he was caught and returned to prison shortly after the jailbreak, he got a prerogative of mercy and was set free in 2015.

The police said he was on Monday, nabbed in Ijebu Ode in Ogun State, where he was hiding after the April 23 attack.

While eight persons have been confirmed dead as a result of the attack, his girlfriend, Titi Sanumi, who was also caught in the fire, managed to survive and is receiving medical attention in an undisclosed hospital.

Speaking to journalists in Akure on Tuesday, Mr Adenuga admitted he committed the crime, but gave reasons for his actions.

He said his ex-lover, Titi, and her elder sister, Jumoke, extorted him during the affair and eventually, his lover dumped him. He said he was angered by the action of the two women and he decided to pay them back by killing them in the middle of the night.

“My girlfriend (Titi) went to abort the four months old pregnancy she had for me after I advised her not to. She also ran away with my N55,000. I’ve been the one taking care of Titi and her aunt’s family,” Mr Adenuga said.

“Titi’s aunt (Jumoke) always made sure Titi and I had quarrel which she used in extorting money from me. She will advise her sister to leave, and when I go pleading, she will use the avenue to collect money and food items from me.

“She did it again this time and threatened that I cannot do anything as an ex-convict. It was her threat that made me carry out my action.

“I had wanted to kill only Titi and her sister, Jumoke. I never knew other members of the family were in the room.”

The commissioner of Police for Ondo State, Undie Adie, described the incident as unfortunate. He said the suspect would face the full wrath of the law.

“Recall that on 23/04/2019, at about 0200hrs, one Deji Adenuga ‘A.k.A Oluodo’, allegedly set a house ablaze where a family of nine was asleep. His grouse was that one of the family members Titi Sanumi, his former girlfriend jilted him after investing so much on her,” Mr Adie said while parading the suspect at the command headquarters.

“Eight of the victims of the arson who were mostly children were later confirmed dead, while the only remaining victim who happens to be the girlfriend of the suspect is still in a critical condition in the Hospital.

“However, after an intense manhunt, the suspect was arrested on 28/04/2019 in Ijebu Ode where he absconded to after committing the offence.

“It is unfortunate to note that the same suspect is notorious for committing heinous crime especially murder, as he had earlier killed his former wife named Abiye, sometime in the year 2012, which led to his being remanded in Olokuta Prison.

“He, however, escaped with other inmates during a jailbreak in 2013. The earlier murder case is also going to be looked into with a view to having him face the full weight of the law.”

Why governors are often under probe – Ribadu