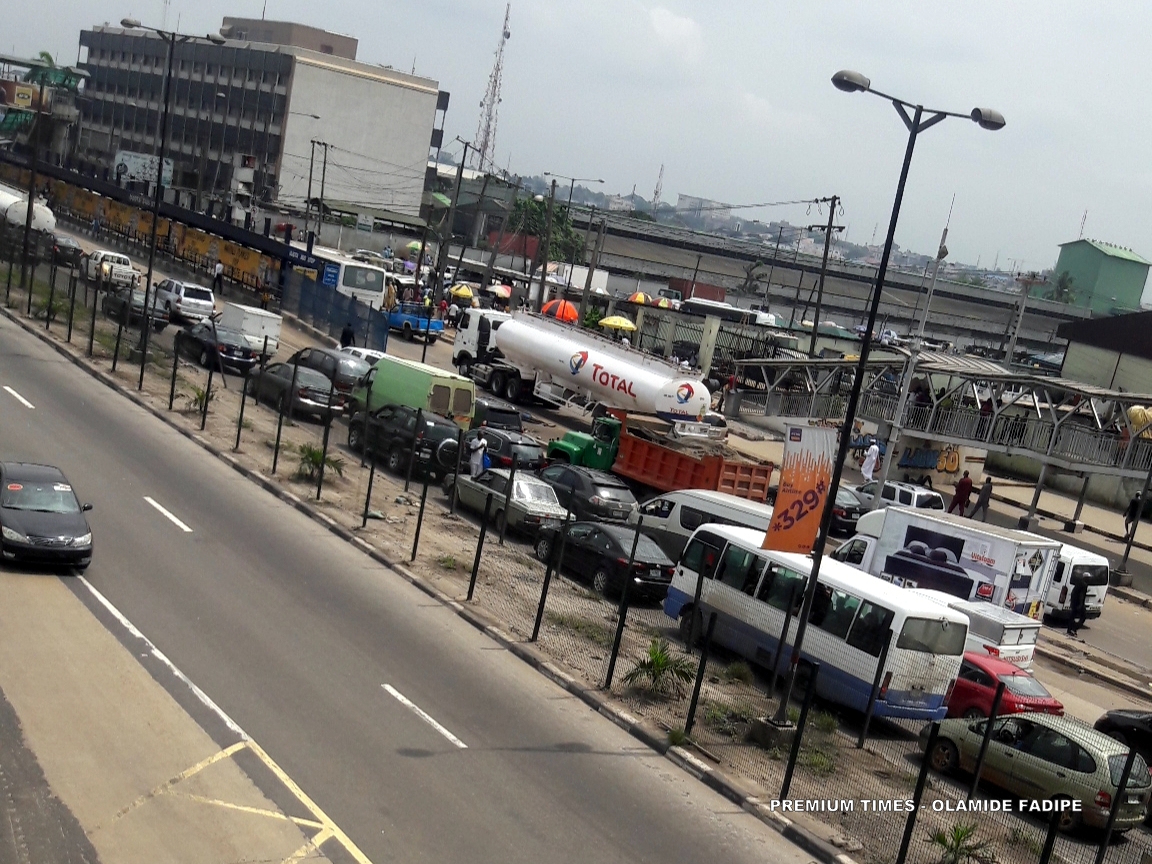 Petrol tankers moving at Ojota, Ikorodu Road, less than 24 hours the government restricted them to the Apapa-Oshodi-Oworonshoki expressway. [Photo by Olamide Fadipe ]

Towards finding lasting solution to gridlock in Apapa, the Senate Committee on Works on Friday advocated co-operation of various government agencies to make port operations easier.

The committee during an emergency meeting with stakeholders in Lagos as part of its oversight functions condemned extortion of truck drivers and asked law enforcement and traffic regulatory agencies to investigate and punish erring officers.

It called for a multi sector approach between the Nigerian Ports Authority (NPA), Nigeria Customs Service (NCS), and Nigerian Maritime Administration and Safety Agency (NIMASA) to give waivers to encourage use of other Eastern ports to decongest Apapa.

The committee appealed to truck driver unions to come together and increase areas where they could park their trucks while calling on NPA to speed up processes aimed at restoring order.

The committee summoned the Managing Director of the APM Terminal to appear before the National Assembly on Wednesday to resolve various concerns raised by stakeholders against the firm perceived to be part of the problem.

The committee directed that the Apapa Truck Park under construction be completed and handed over to NPA for use latest May 2 or May 3 which is Thursday or Friday next week.

Kabiru Gaya, Chairman, Senate Committee on Works, who led the delegation, said in spite of various government interventions, “it is a shame to all of us in Nigeria that this gridlock should continue.”

The other lawmakers in the team which included Mao Ohuabunwa, Clifford Ordia and Barnabas Gemade, took turns to interact with various stakeholders on proffering final solutions to the Apapa gridlock.

After extensive deliberations, Mr Gaya ruled that all forms of corruption causing the problems be nipped in the bud as the Buhari administration had zero tolerance for corrupt practices.

“We’ll set up a small committee within the next four days consisting of security agencies, customs, clearing agents and so on to give us a report within three days so that we can use that report and also implement that report.

“Because I know that the President, Vice President and everybody is concerned about how best we can get out of this national embarrassment,” he said.

He added that the federal government was constructing and maintaining roads and addressing the problems of overstretched infrastructure and called for the support of the Lagos State Government in patching pot holes.

“The federal government is trying to get more temporary parking spaces for trailers (articulated vehicles), therefore, the Tincan trailer park is being completed and we have ordered them to commission that park within the next one week,” he said.

He stressed the need for LASTMA to join hands with other members of the taskforce to restore order in Apapa.

The committee chairman assured that within two weeks the committee was going to take action if its orders were not enforced to restore sanity in Apapa.

Earlier, Funsho Adebiyi, Director, Highways, South West, lamented indiscriminate parking of trucks on the bridges in Lagos which he said were not designed for static loads.

Mr Adebiyi said the bridges were endangered while lamenting other forms of abuses of bridges which included building under them and other activities that had caused fire that damaged some bridges.

He said there was need for attitudinal change among Nigerians toward protection of the nation’s road infrastructure.