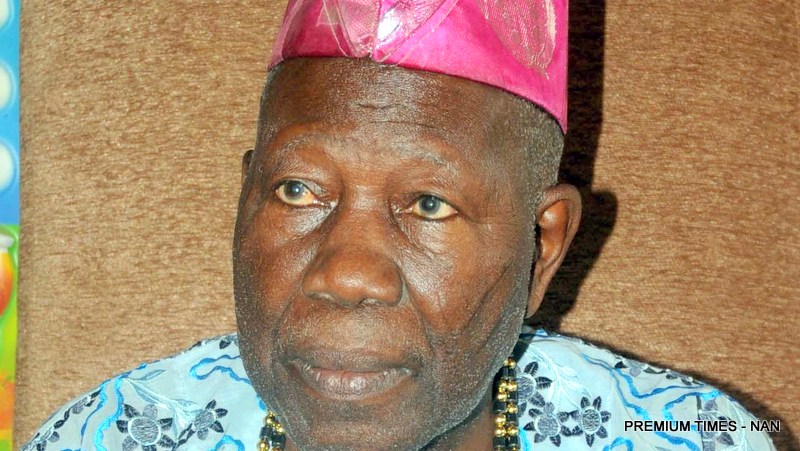 Some Ibadan high chiefs on Monday accused the Olubadan of Ibadan land, Saliu Adetunji of running a one-man-show and disregarding the Olubadan-in-Council.

The chiefs also accused the monarch of appointing Mogajis (family heads) and Baales (village heads) without consulting the council.

One of the members of the Olubadan-in-Council and the Otun Olubadan, Lekan Balogun, while speaking at a meeting of the council held in Mapo Hall, said the actions of the Olubadan called for urgent attention to forestall crisis.

At the meeting were members of the council among who were: Eddy Oyewole, Tajudeen Ajibola and Gbadamosi Adebimpe.

Mr Balogun, who lamented the crisis within the traditional council since the promotion of the new Obas, said it was sad that the Olubadan is destroying the system that brought him to the throne.

He said rather than recognise the position of the Olubadan-in-Council, Oba Adetunji conferred the duties of the entire council on one of his wives, ”who rules by proxy”.

“We want to draw the attention of the people of Ibadan to some irregularities and illegalities embarked upon by the Olubadan. We are members of the Olubadan-in-Council, but we are being sidelined by the Olubadan.

“Against tradition, Oba Saliu is running a one-man show, disregarding the Council. He appoints Mogajis (family heads) and Baales (village heads) without making any recourse to the council. Most of the things that he does are illegal.

“For instance, the Olori (queen) is not a member of the Olubadan-in-Council, but in his case, the Olori unilaterally takes decisions on his behalf.

“If Olubadan thinks we do not matter, we also can show that he doesn’t matter without us. He should not forget that when he was to be made the Olubadan, he rose through the council. We (the Olubadan-in-Council) made Olubadan out of him, he did not make us what we are, but we made him the Olubadan.

“Kabiyesi, Oba Adetunji has turned the institution of Olubadan into personal affairs, which can be run at his wife’s whims and caprices, but which amounts to illegality.

“Contrary to their belief at the Popoyemoja Palace that Olubadan is an authority unto himself, we are telling the whole world that Olubadan only exists with his council. The danger of what they are doing in the palace has been manifesting in the ridiculous action of appointing two or more Mogajis from the same compound, honouring people with Mogaji title based on friendship as well as ‘cash and carry’ award of Baales to undeserving people.”

Other members of the council, Abiodun Kola-Daisi and Hamidu Ajibade said there had been efforts by both individuals and organisations to ensure that peace reigns in the Olubadan-in-Council.

They lamented the efforts had been scuttled by the wife of Kabiyesi (Olori Rasheedat), ”who insisted that her husband would not sit with his members of council”.

They warned the newly installed Mogajis and Baales in Ibadan not to see their appointment as legal.

“Their installations should be backed by the council before being recognised.”

However, Oba Adetunji in his reaction said he does not object to the return of his chiefs to the palace once they remove their ‘illegal crowns’.

The monarch in a statement made available to PREMIUM TIMES on Tuesday by his media assistant, Adeola Oloko stated that he was “not responsible in the first instance for their desertion from the palace and by so doing, for abdicating their responsibilities to Ibadanland”.

He also stated that rather than engage in blame game, “the embattled high chiefs who are understandably afraid of what is likely to befall them after May 29 when power would have changed hands should have been bold enough to apologise to the entire people of Ibadanland in particular and the Yoruba people in general for undermining our custom and tradition”.

Part of the statement reads:

”There is nowhere in Yorubaland where two kings sit inside a palace, it is always the king and his chiefs.

“Apart from violating our customs and tradition, no law backs the wearing of illegal crowns in Ibadanland. He recalled that he had expected the high chiefs to comply with the Oyo state High Court judgment which declared the State Government reform that produced the crowns as illegal, null, void and of no effect.

“When the high chiefs say their efforts to resolve the crisis have been frustrated, what they do not tell the unwary public is that Olubadan should approve through the back door the crowns that the court has out rightly rejected.

“Contrary to the allegation of the high chiefs, he had done no wrong nor acted illegally at any time there is no stay of execution. He stated further that despite efforts made to hinder the smooth running of the palace by the high chiefs and their promoter, they must begin to wonder why the palace had begun to grow from strength to strength.

“The high chiefs exhibited little or no knowledge of our custom and tradition when they accused him of installing Mogajis and Baales without recourse to them. According to him, Section 22 (2) of the Chiefs Law, Cap 28 Law of Oyo State 2000 makes the Olubadan the Prescribed and Consenting Authority on all chieftaincy matters in Ibadanland; the first class monarch argued that the Olubadan-in-Council is merely an advisory council without any power whatsoever.

“If anybody should be castigated for denigrating our institution, it is the embattled high chiefs with their inordinate ambition to become monarch without domain that should examine themselves. It is those who commit a crime against Yoruba customs and tradition and do not repent that deserve to be castigated.”

Zamfara governor-elect, others sue INEC over refusal to issue Certificates of Return