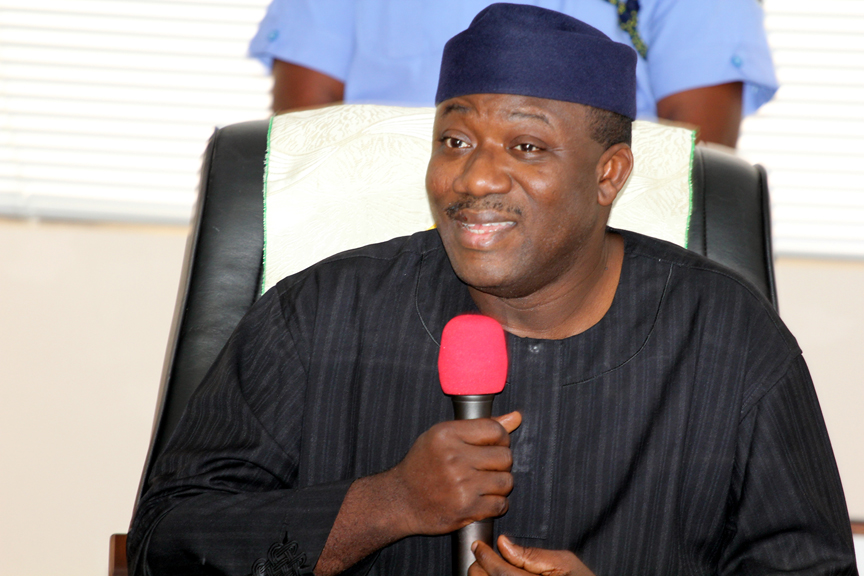 The government of Ekiti State is seeking the cooperation of traditional rulers in its effort to curb the activities of rapists and those who defile children.

The government is also urging traditional rulers to lend their support in ending the menace of land grabbing which is at the centre of many violent cases in the state.

The State Attorney-General and Commissioner for Justice, Olawale Fapohunda, stated this during an interactive session with the traditional rulers at the Governor’s Office, Ado-Ekiti on Tuesday.

He said the state was experiencing a high incidence of child rape, a development he said has become a challenge to core values of Ekiti people.

Mr Fapohunda said the Kayode Fayemi administration has zero tolerance for sex offences and all forms of violence against women and children, even as he disclosed other measures being put in place to curb the crime in addition to prosecution.

“Violence against women and children is a major problem that we are experiencing now in Ekiti state, we are vigorously working on the issue of wife battering because our legislation in that regard is not adequate,” he said.

“But the issue that saddened us most is the issue of rape and child defilement. It is becoming an embarrassment to the state, it challenges our values and the worse part of it is that it seems as if we are all used to it. It is the fact that we have all come to a stage in Ekiti state where we are not shocked that an old man is having carnal knowledge of a two- year- old child.

“We know that legislation alone cannot do this, we are vigorously prosecuting sex offenders, in many cases, I, as Attorney General will personally lead the prosecution against any sex offender because Fayemi government has zero tolerance to sexual violence in the state.”

Mr Fapounda said the menace of land grabbing was sufficient to turn investors away from the state.

He explained that most land conflicts are caused by people who do not have any title on the said land, but just want to forcefully grab the land. He said if nothing was done urgently to curb the trend, it could lead to a breakdown of law and order.

The commissioner said henceforth, there would be sanctions for every land grabber according to the law, including prison terms.

He said the Property Protection or Anti-Land Grabbing Bill has already been presented to the House of Assembly for passage into law.

“A bill has been presented to the Ekiti State House of Assembly called Anti-Land Grabbing Bill, we have asked the Bureau of Chieftaincy Affairs to circulate the proposed law to the traditional rulers so that we can get your inputs,” he explained.

“We know that land in Ekiti state is crucial to the economic agenda of the Fayemi administration, we think if it can be properly managed, then local and foreign partners, as well as investors of matters can come to Ekiti and be assured that when they want to acquire land for the purpose of their businesses there will not be issues.

“According to the present law, there are a number of provisions to be considered which consist of the prohibition of a forceful land takeover as well as the occupation of land that does not belong to anyone.”

He posited that traditional rulers play a very important role in the administration of justice, adding that palace courts were recognised by the government to dispense justice to the people of their communities.

He stressed that the reason for the compendium was to set an example of best practices in the form of law reports to be known as Ekiti Palace Law reports. This according to him would enable people to know the quality of judgments from Ekiti palace courts.

Responding on behalf of the traditional rulers, the Chairman of the Ekiti State Council of Traditional Rulers, the Oloye of Oye Ekiti, Oluwole Ademolaju and the Ewi of Ado-Ekiti, Adeyemo Adejugbe appreciated the government for the move to curb rape and child defilement as well as land grabbing in the state adding that the menace had been major concerns of many community leaders.

The traditional rulers promised to look into the document, deliberate on it and forward their decisions to the Ministry of Justice.

They promised to throw their full weight on any legislation that would bring improvement to the quality of lives of the people of the state as well as preserve the integrity of the state.