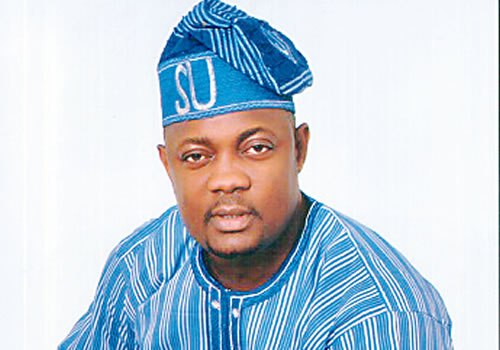 A serving lawmaker and senatorial candidate of the Action Democratic Party, ADP, Temitope Olatoye, has been reported shot by suspected political thugs at a collation centre at Elesu, Ward 13, Lagelu Local Government Area of Oyo State.

There is, however, confusion over his present condition, as he is believed to have died from the gunshot wounds. Other reports say he is in critical condition at the hospital.

He was said to have been shot in the eyes and was rushed to the University College Hospital, Ibadan.

Although police authorities were yet to officially confirm the development, reliable sources informed PREMIUM TIMES that the lawmaker was rushed to the hospital in a critical condition.

But the Police Public Relations Officer in Oyo State, Olugbenga Fadeyi, said the matter “has not been officially reported,” but that the command was investigating it.

“You should exercise patience so that we can get the facts because it has not been officially reported,” said Mr Fadeyi.

“We will need to get the facts before we can come out and tell you what it is. Please be patient.”

He contested the senatorial seat of Oyo Central senatorial district two weeks ago but lost to Teslim Folarin of the APC.