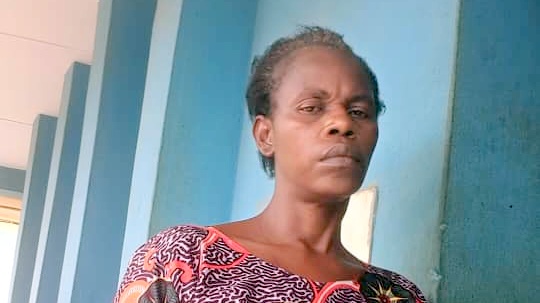 A 47-year-old housewife, Joy Egeonu, has been arrested on Wednesday by the Ogun State Police Command for reportedly beating the 11-year-old nephew of her husband to death.

She allegedly killed the child after accusing him of stealing N6,500.

The missing cash was later discovered to have been taken by the suspect’s husband and not the deceased, the police said.

The command spokesperson, Abimbola Oyeyemi, said the suspect was arrested following a report by the deceased’s mother, Ijeoma Egeonu.

Mrs Egeonu reported the matter at the Agbado Divisional headquarters saying her son, Chibuke, who was living with her brother and his wife was beaten to death for allegedly stealing N6,500 belonging to the suspect.

She said the incident happened on the February 3 and afterward, the suspect took the corpse to Ifo where she hurriedly buried it.

“On the strength of the report, the DPO, Agbado Division, CSP Omonijo Olatunji led his detectives to the scene where the woman was promptly arrested,” he said

He said on interrogation, the suspect said she flogged the boy to coma after accusing him of stealing the cash.

The spokesman added that the suspect said the boy died on the way to the hospital.

He said the suspect has since taken detectives to where the boy was buried.

The case has been transferred to the homicide section of the State Criminal investigation and intelligence Department for further investigation.

The police boss has equally ordered for the arrest of the suspect’s husband ”who assisted in burying the victim”.