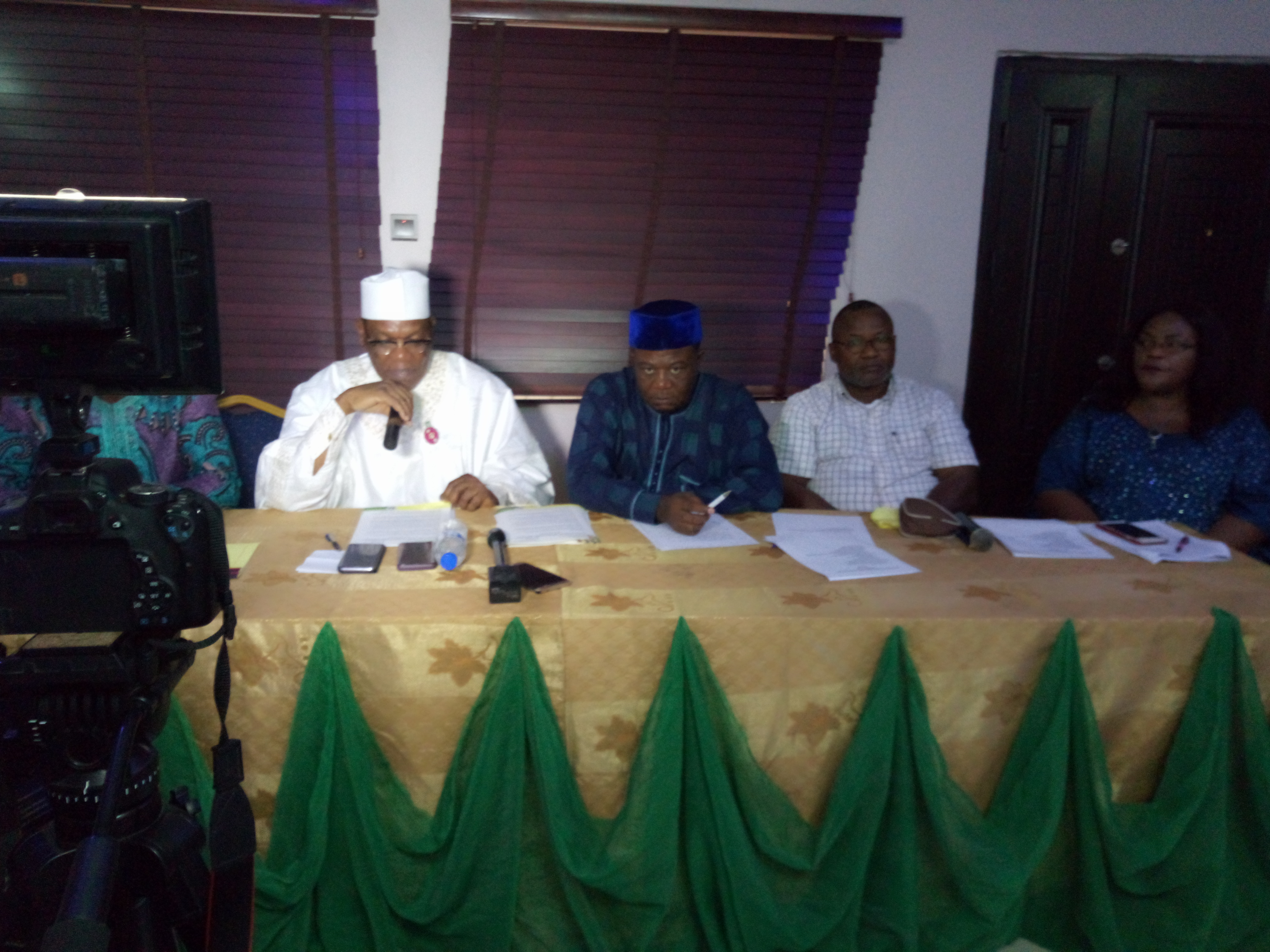 Kenny Martins and other stakeholders of the group

A Lagos-based non-governmental organisation, Legacy Initiative International Advocacy, has fixed January 10, 2019, as a national day of prayers to seek God’s intervention for the peaceful conduct of the 2019 general elections.

At a media briefing in Lagos, Tuesday, the group said it is collaborating with the Christian Association of Nigeria (CAN), to mobilise one million Nigerians for the event.

In a statement signed by Kenny Martins and Johnny Ucheaga, the grand patron and national secretary respectively, the group said it is also calling on Christian and Muslim leaders to allow God use them to identify the right candidates across parties for the country.

The group said it believes that when leaders of both faiths close ranks and work together, mutual suspicion between them would be reduced and they can then better educate their followers on the evils of monetised politics.

“Our principal focus is to bring the leaders of the two principal faith groups in Nigeria, the Christians and the Muslims together through constant interactive sessions, inter-faith prayers, and co-ordinated positions on burning national issues,” the statement said.

“We believe that if the leaders of these faith groups can find a common ground on national issues, it will be easier for them to communicate same to the adherents of their faith, who place a lot of trust on them.

“This will in turn reduce incidence of mutual suspicion and frequent needless bloodletting and wanton destruction of properties in many states of the federation fuelled by religious differences and incitement from the religious fundamentalists.”

The group also said when the right individuals are identified for elective positions, the practice of selling properties or taking bank loans to finance election campaigns would be reduced.

“And it will make them more responsive to the needs of their communities.”

According to Mr Martins, apart from bringing religious leaders together to positively contribute to the political process, the group is also advocating for the right of Nigerians in the diaspora to vote.

“We are also advocating for the right of our men and women living in the diaspora to have the right to vote during general elections in Nigeria,” he said.

“The Direct Home Remittances (DHR) from the Nigerian diaspora constitutes the second largest source of foreign exchange inflow into our national economy.

I never expected to have so much success, Messi says