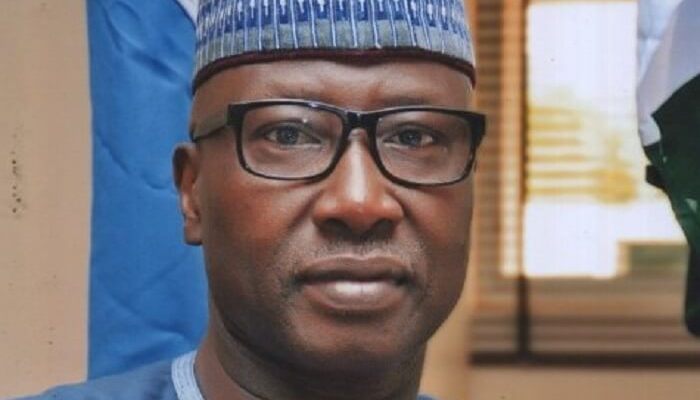 Secretary to the Government of the Federation, Boss Mustapha (Photo Credit: Views Channel)

The Secretary to the Government of Federation, Boss Mustapha, has visited Iyiola Omisore in Ile-Ife.

The SGF told journalists that Mr Omisore has proven beyond reasonable doubt that he plays politics of maturity.

He said that his visit was beyond politics as he married from Osun State.

He described Mr Omisore as his in-law.

“Omisore has been exemplified among other leaders because of the pivotal role played in the establishment of democracy in Nigeria.

“Honestly, Omisore needs to be commended, should forget all that happened in the past and come together to build our state and nation at large” he stated.

In his response, Mr Omisore lauded his visitors and other supporters throughout his journey so far in politics.

Mr Omisore appealed to all voters to cast their vote to their right choice and maintain peaceful coexistence in the rerun election.