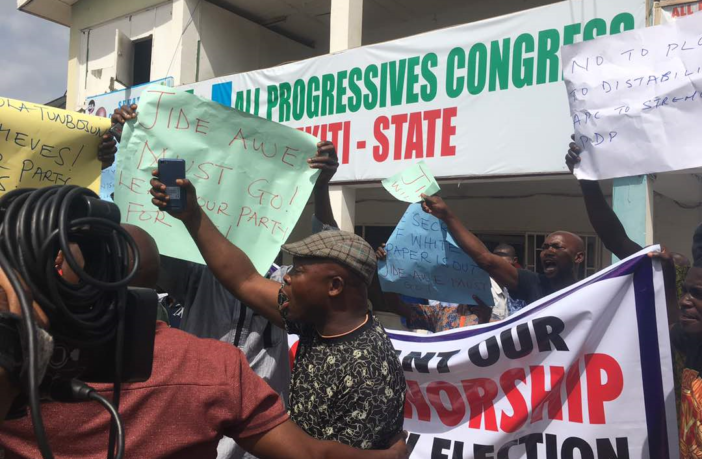 An APC Secretariat in Ekiti

The All Progressives Congress, (APC) in Ekiti State has adopted and inaugurated a new 35-member State Executive Council.

The News Agency of Nigeria, (NAN) reports that an immediate past state secretary of the party, Paul Omotoso, emerged as its new state chairman.

The adoption and inuaguration of the new exco was held at a marathon stakeholders’ meeting at Iyin Ekiti, hometown of former state governor and current National Deputy Chairman, (South) of the party, Niyi Adebayo.

This came after a motion moved by a former senator, Ayo Arise, and seconded by a former Minister of State for Works, Dayo Adeyeye.

Present at the forum included the chairman of the local organising committee for the congress and deputy-governor-elect in Ekiti, Bisi Egbeyemi, INEC officials and APC leaders across the state.

NAN reports that a former deputy governor of Jigawa State, Ahamad Muhammad, led a team of national delegation at the event.

Among the new state officers are Sola Elesin as Deputy Chairman, Ogunsakin Kayode as State Secretary and Ade Ajayi as the new Public Relations Officer among others.

In an acceptance speech, the new state chairman pledged to be above board and work towards repositioning the party for greater results.