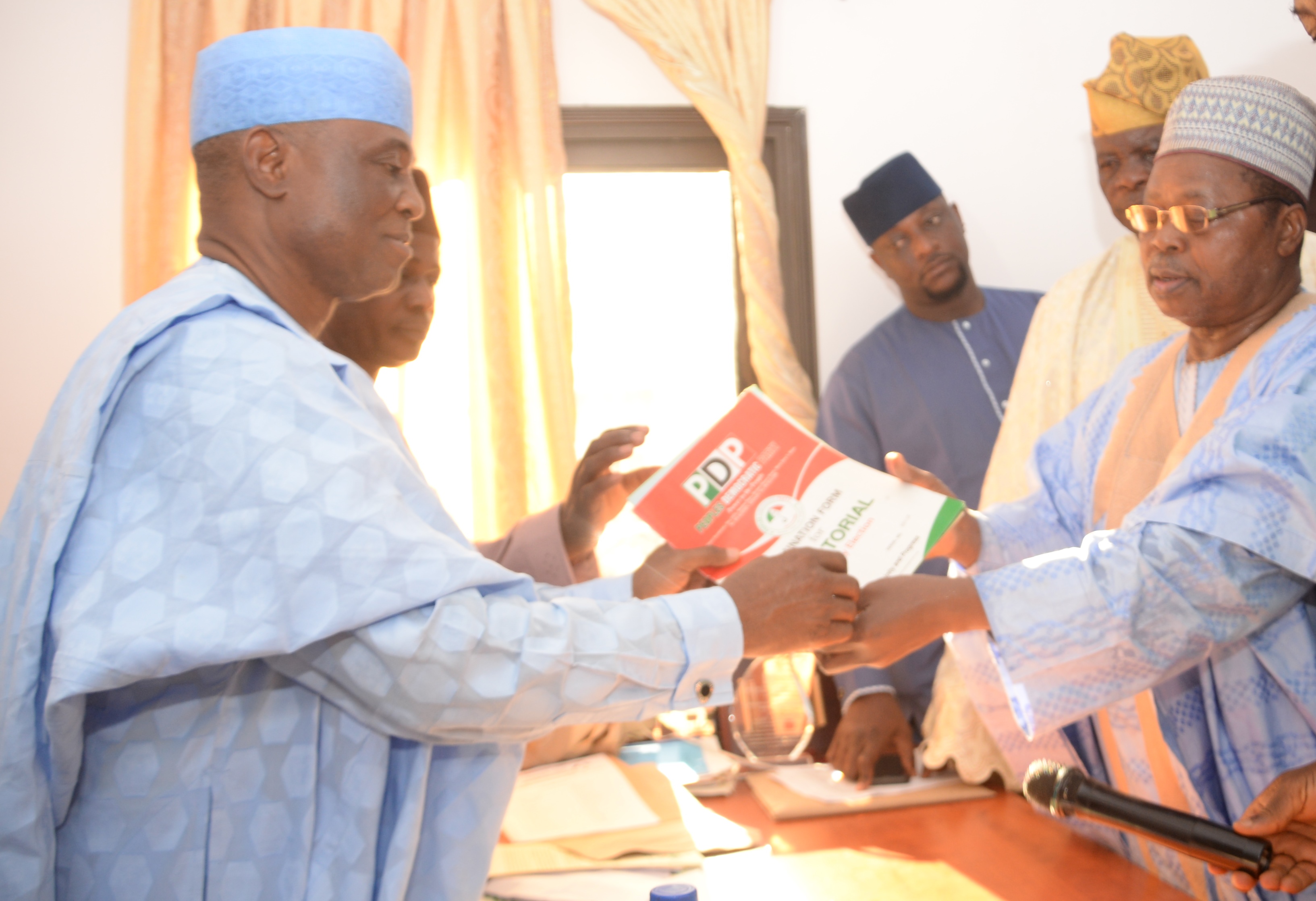 The Peoples Democratic Party (PDP) in Kwara State has assured contestants in the forthcoming election under the party’s platform of a level playing field with the aim of ensuring fairness to all.

The State PDP chairman, Kola Shittu, said this in Ilorin today, while receiving the nomination form of Governor Abdulfatah Ahmed, the Executive Governor of Kwara State, who indicated interest to contest for the senate at the National Assembly.

Mr Shittu noted that with the calibre of people who came to submit the form on behalf of Governor Ahmed, he has no doubt the contestant has a good base and wished him best of luck in his aspirations.

Earlier, the leader of the delegates and the Acting Chairman of PDP Elders Forum in Kwara State, Kola Yusuf, who affirmed that the party is a movement of the people to a good destination, explained that stakeholders from Governor Ahmed’s constituency came to submit the nomination form on his behalf based on the governor’s track records in terms of laudable achievements across the state and capacity to represent his constituency further at the National Assembly.