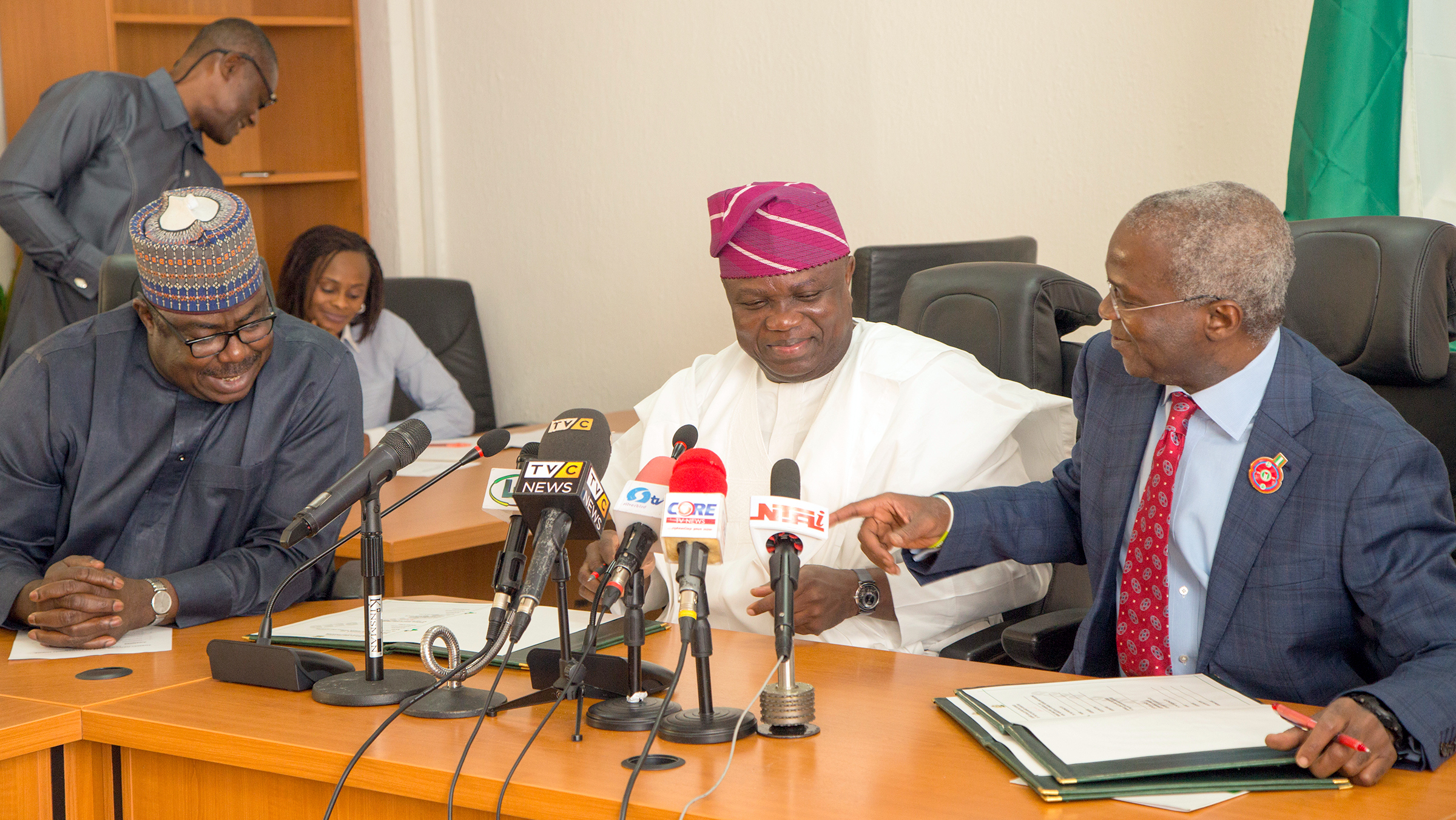 Hon. Minister of Power, Works & Housing, Mr Babatunde Fashola,SAN(right),Minister of State, Hon.Mustapha Baba Shehuri(left) and Governor of Lagos Mr Akinwunmi Ambode(middle) during the Formal Handing Over of the Presidential Lodge, Marina, Lagos, to the Government of Lagos State at the Ministry of Power, Works & Housing Headquarters, Mabushi, Abuja, on Tuesday 12th, December 2017.

The All Progressives Congress (APC) in Lagos State said on Thursday that its decision to elect its candidates for the 2019 general elections through direct primaries had not changed.

The Assistant Publicity Secretary of the party in the state, Abiodun Salami, said this in an interview with the News Agency of Nigeria (NAN) in Lagos.

He was reacting to the resolutions of Wednesday’s meetings in some states, where some chapters of the party opted to use direct primary, while others agreed on indirect primary.

NAN reports that chapters in Ondo State, Nasarawa, Zamfara, Plateau and the Federal Capital Territory (FCT) adopted the indirect primary at the end their meetings.

Kano State chapter, however, adopted the direct primary system, while Ogun and Kebbi chapters opted for selection by consensus.

NAN reports that the national leadership of the party had earlier adopted the direct system for use in its upcoming presidential primary.

Mr Salami said the Lagos State chapter had agreed on the direct primary at its recent stakeholders’ meeting, adding that the resolution had not been rescinded.

“We recently had our stakeholders’ meeting which had in attendance our leader Asiwaju Bola Tinubu and other party leaders and members, and we agreed on direct primary.

“We have also had subsequent meetings and we have upheld the use of the system. So,our position has not changed.

“We are committed to internal democracy and we believe the direct primary would ensure transparency in the selection of our candidates,” he said.

Mr Salami, however, urged all members to register to get their party membership cards, saying the possession of the card would make them eligible to participate in the primary elections.

He said the chapter was stepping up its preparations for the primary elections, giving assurance that the exercise would not fail.