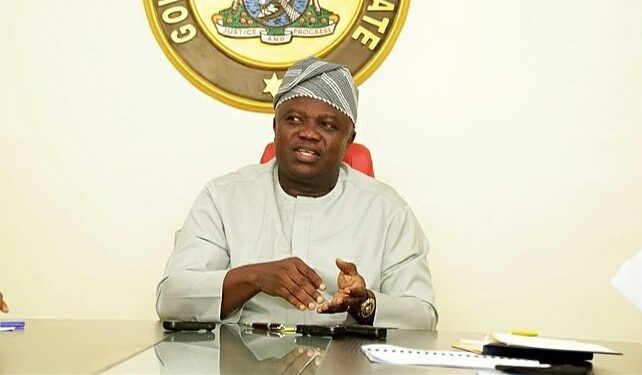 The Lagos State Government on Wednesday responded to concerns in the media over the removal of the footbridge built by Dowen College on the right of way of the Bisola Durosinmi-Etti Road, Lekki Phase 1.

The Commissioner for Information and Strategy, Kehinde Bamigbetan, in a statement emphasised that the completion of the 2.1kilometres Trunk C dual carriageway, which the footbridge encroached on, was to decongest Admiralty Way and provide quicker access to the Ikoyi Link Bridge.

Thanking residents of the scheme for supporting the initiative, the commissioner said it was important to explain to the general public issues relating to the removal of all encroachment on the right of way of the road.

Mr Bamigbetan said the Lekki Peninsula Scheme 1 was conceived in the early 80s covering 1,046 hectares, stretching from the Lagos Lagoon to the Atlantic Ocean end of the Lekki-Epe Expressway cutting across the scheme.

“That Bisola Durosinmi Etti road is a dual-carriage way but one lane of the broad was constructed in the late 90’s while the other lane was not done due to paucity of funds then; however overtime, various forms of illegal development activities were identified within the unconstructed other lane as well as the setback abutting the primary drainage channel. These include erection of wire mesh fences, construction of car parks, shanties within the setbacks, development of outdoor bars and construction of footbridges over the open drainage channel,” he said.

Addressing the history of encroachment, the commissioner said an agency of the government, the New Towns Development Authority (NTDA) noticed the illegal construction of a footbridge by Dowen College in 2013 and promptly issued a contravention notice to the school on January 13, 2013 to stop it but the management defied the directive.

“Similar notices by other government agencies under the Ministry of Physical Planning & Urban Development were blatantly ignored with arrogant defiance. Rather than comply, Dowen College wrote letters of appeals seeking a concession to be allowed to sustain its illegality by authorising its encroachment of the government’s master plan. This was not acceptable and at no time did government permit the illegal construction,” Mr Bamigbetan said.

He said the government asked Dowen College to remove the offending structure to facilitate the completion of the dual carriageway and was compelled to spend public funds to do so when the school refused.

Mr Bamigbetan assured the general public that the administration of Governor Akinwunmi Ambode would always be guided by the interest of the citizenry in the formulation and implementation of policies and projects and would not succumb to the blackmail of private interests seeking to obstruct the provision of the dividends of democracy to the people.

Ahead of World Cup, D’Tigress meet with fans in Lagos