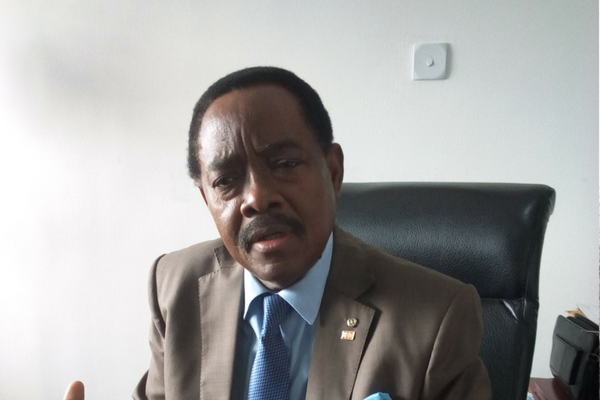 Michael Olawale-Cole, formerly intending to be governor of Lagos State on the platform of Peoples Democratic Party (PDP), has left the party for the All Progressives Congress (APC).

Mr Olawale-Cole said his decision was informed by what he described as impressive performance of President Muhammadu Buhari and Governor Akinwunmi Ambode of Lagos State.

In an interview with the News Agency of Nigeria (NAN) on Saturday in Abuja, he said he had formally joined the APC and registered at ward `A’ Onigbongbo, Ikeja, Lagos State.

He explained further that his defection was influenced by “infrastructural development, transparency in governance and accountability by Messrs Buhari and Ambode.’’

“I have examined the way the country is going; and from my findings it appears to me that supporting Buhari is the best choice we have at the moment.

“After being a member of PDP for years and running for the governorship ticket of the party in 2007 in Lagos state, it was evident that the APC is different.

“From what the president is doing in the fight against corruption and the issue of transparency in governance via Treasury Single a Account and others, he must be encouraged by men of goodwill.

“I have been in government before as a Commissioner for Finance and later for Works and Transport, Lagos State, we can see what the APC is doing differently, this government has a chance in the area of probity and transparency.’’

He, however, noted that “there are still some shady deals among government officials but once the leadership is upright, the followers will do same.’’

Mr. Olawale-Cole said the decision to pitch his tent with the APC took him two years, observing that the decision was taken after critical analyses of the situation of things in politics.

“I find it difficult to find anyone with equal standing in integrity, honesty and probity with Buhari.

“Of course, there are inadequacies, but with time, the president and his Vice-President Yemi Osinbajo will give us a better tomorrow and protecting our common wealth,’’ he said.