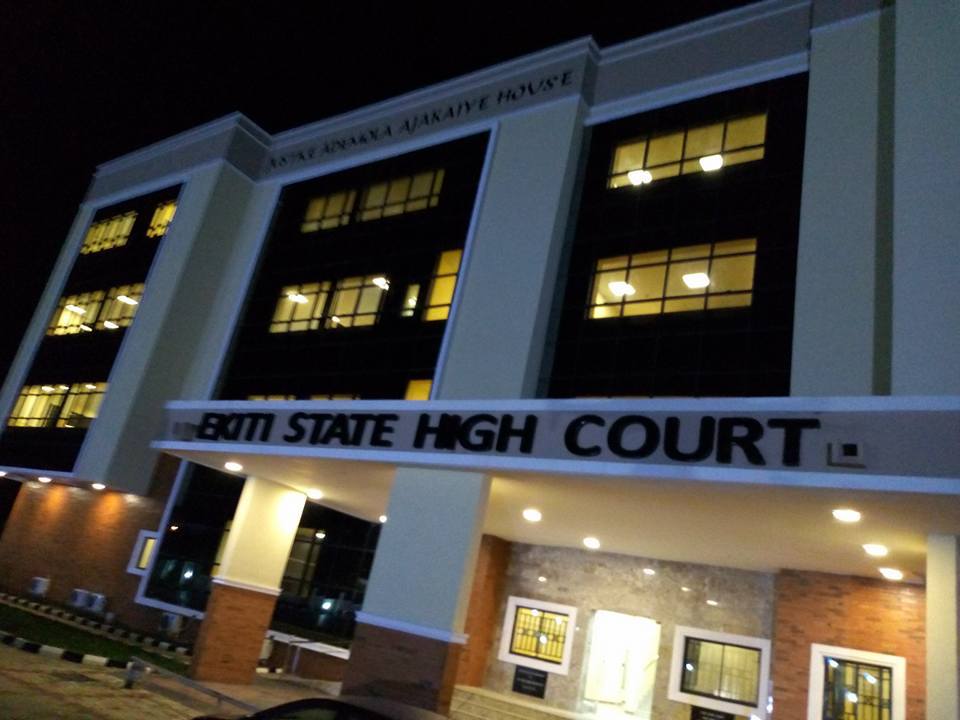 Two men – Tajudeen Bello and Luck Solomon – who allegedly murdered Bunmi Ojo, a commissioner in the Federal Character Commission, were on Monday in Ado-Ekiti remanded in prison on the orders of an Ado-Ekiti Chief Magistrates’ Court.

The accused – Bello, 22, and Solomon, 32 – are facing a two-count charge of murder and membership of a cult.

While arraigning the accused, police prosecutor Johnson Okunade told the court that the accused committed the offences on August 14 in the state capital.

According to him, the duo conspired and murdered the politician, a personal assistant to a former governor of Ekiti, Segun Oni.

The prosecutor alleged that the accused were members of a secret society — Black Axe confraternity.

The offences contravened Section 319 of Criminal Code and Section 4 (1) of the Secret Cults Abolition and Prohibition of Laws of Ekiti 2012.

Mr Okunade asked the court to remand the accused in prison pending advice from the State Director of Public Prosecutions (DPP).

Chris Omokhafe, counsel to the accused, applied for bail for them but was refused by the court.

In his ruling, Chief Magistrate, Adesoji Adegboye, remanded of the duo in prison and adjourned the case until September 19 for the DPP’s advice.