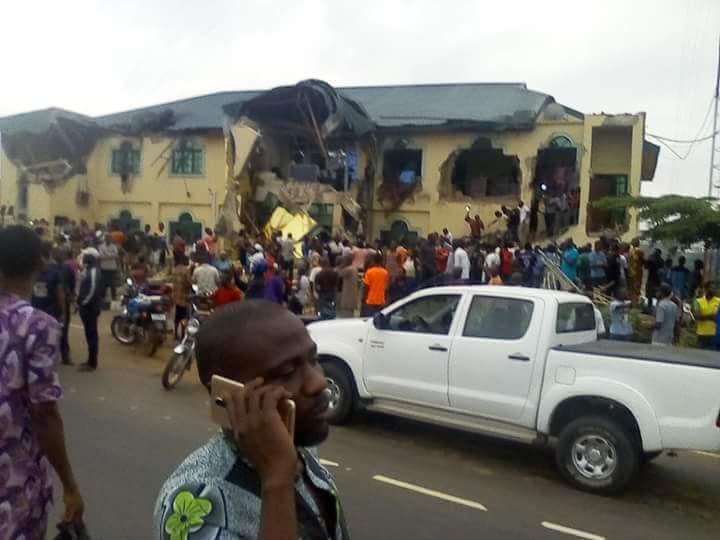 The Socio-Economic Rights and Accountability Project (SERAP) has accused the Governor of Oyo State Senator Abiola Ajimobi of executive rascality and strongly condemned “the unlawful demolition of Fresh FM building owned by Yinka Ayefele, and the forced evictions of residents by the Oyo State government”, describing it as a “grave violation of fundamental human rights and contrary to international law.”

The Oyo State Government early on Sunday morning stormed the Music House belonging to artiste, Yinka Ayefele. Government bulldozers arrived the Challenge area of Ibadan where the building was located and pulled it down, despite pending court action to stop the demolition.

Ayefele had sued the Oyo State Government, and the court had ruled that ‘there are serious issues to be determined,’ and adjourned the case to August 20. The Oyo State government had been duly served.

SERAP in a statement today signed by its deputy director, Timothy Adewale, said, “This is a gross abuse of powers by the Oyo State Government and Governor Ajimobi against a radio station simply doing their job. The action is politically motivated, patently arbitrary and entirely inconsistent with international human rights standards and national laws. The action amounts to executive rascality and seriously undermines the integrity and authority of our courts. This kind of action has no place in a democratic society that is based on the rule of law.”

The organisation said “the destruction of a radio station on the grounds that the Oyo State Government dislikes their work is a textbook case of repression of media freedom and violation of the right to adequate housing. The authorities must immediately stop the demolition, ensure appropriate repairs of the building and adequate compensation, and guarantee of non-repetition. SERAP will challenge this violent and reckless destruction of Ayefele’s Fresh FM in court.”

The statement read in part: “The Oyo State government has not only engaged in forced eviction but also violated the right to adequate housing, the right to freedom of expression and media freedom.”

“It is the obligation of Oyo State government to ensure that Ayefele and everyone affected by this act of illegality is adequately compensated for the property of Fresh FM that has been demolished.”

“Nigeria is a state party to the International Covenant on Economic, Social and Cultural Rights which requires Oyo State government to refrain from arbitrary forced evictions and arbitrary destruction of resources that individuals and families have invested in building their homes.”

“Nigeria has also ratified the International Covenant on Civil and Political Rights, which protects individuals from arbitrary or unlawful interference with his privacy, family, home or correspondence, and guarantees everyone the right to the protection of the law against such interference or attack.”

“In its “Resolution on Forced Evictions,” the U.N. Commission on Human Rights affirmed that forced evictions constitute a gross violation of human rights. The term “forced eviction” is defined for the purposes of international law as the permanent or temporary removal against their will of individuals, families and/or communities from the homes and/or land which they occupy, without the provision of, and access to, appropriate forms of legal or other protection.”

“It is important to note that international standards focus on protecting individuals who occupy homes and land and do not depend on any particular form of ownership title to the land or house, nor on the legality of the occupancy.”