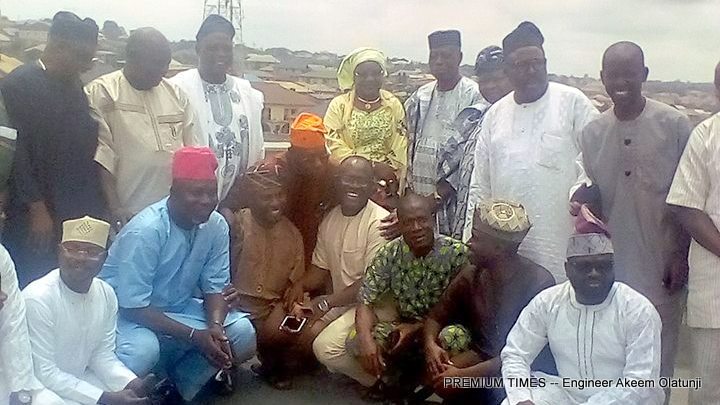 The Oyo State chapter of PDP had been embroiled in an internal struggle over who leads it after Mr Ladoja moved from the Accord Party to the PDP last year. Mr Ladoja had got the assurances of the Ahmed Makarfi-led caretaker committee of the PDP that he would be fairly treated and would be accorded his status before returning to the party.

Two factions of the party had held separate congresses and elected parallel executive members, with each claiming to be the authentic leadership.

The party was then split between Mr Ladoja and Seyi Makinde, but the latter’s faction appeared to have received recognition from the national secretariat to the displeasure of Mr Ladoja and his followers.

A close ally of Mr Ladoja, Olufemi Lanlehin, a former senator, had confirmed the decision to leave PDP to PREMIUM TIMES on Tuesday, but said a decision on the next destination was yet to be fully decided.

“We have decided to leave the PDP, because it is clear that they are not committed to internal democracy,” said Mr Lanlehin, tipped to be Mr Ladoja’s favoured governorship aspirant. He also said Mr Ladoja and his group would only pitch their tent with a party that would protect all interests and be fair to all its members.

Indications that the former Oyo State governor is heading for the African Democratic Congress became clearer Wednesday when he and other loyalists held a meeting with former President Olusegun Obasanjo at the Olusegun Obasanjo Presidential Library, Abeokuta, Ogun State.

Although Mr Obasanjo claimed to have opted out of partisan politics, he is largely seen as the brain behind the ADC.

PREMIUM TIMES gathered that Mr Ladoja’s decision to defect to ADC is due to the PDP being more disposed to Seyi Makinde as its Oyo governorship candidate in 2019. The former Oyo helmsman is also said to be concerned about absence of internal democracy in the management of the PDP.

Mr Ladoja served as governor of Oyo State between 2003 and 2007 on the platform of the PDP when Mr Obasanjo was president and leader of same party. The former governor was, however, impeached under controversial circumstances after he had a disagreement with Lamidi Adedibu, the acclaimed godfather of Ibadan politics. His impeachment paved way for his then deputy, Adebayo Alao-Akala, to emerge as governor. Messrs Alao-Akala and Adedibu, analysts agreed, held sway in the state largely with the support of the federal government, then headed by Mr Obasanjo.

In 2011, Mr Ladoja contested for governor on the platform of Accord Party but lost to Abiola Ajimobi of the defunct Action Congress of Nigeria, ACN. The Ibadan High Chief, whose Accord Party however won a number of federal and state legislative seats, contested again in 2015 on the platform of same party and lost yet again to Mr Ajimobi of the All Progressives Congress, APC. He defected to the PDP in 2017 after negotiations with the party leaders.

When PREMIUM TIMES contacted the spokesperson of the PDP in Oyo State, Akeem Olatunji, he confirmed that a meeting held at the instance of Mr Obasanjo Wednesday afternoon. Mr Olatunji, a loyalist of Mr Ladoja, however said details of the meetings will be made public soon.