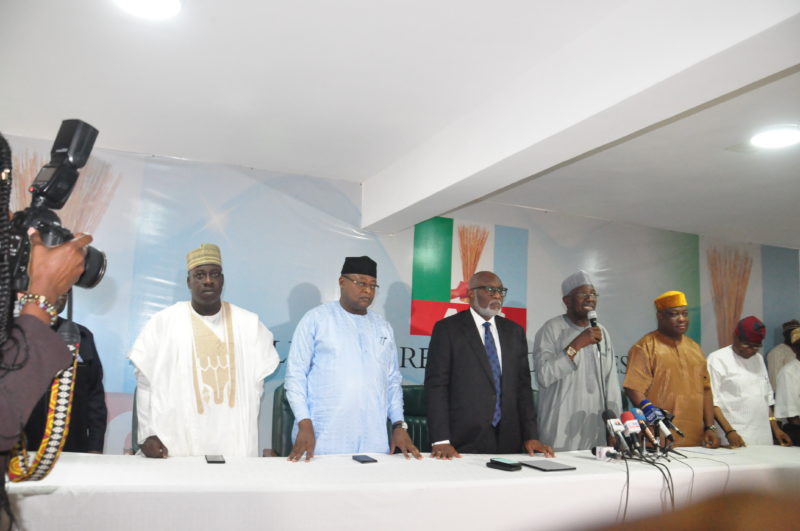 Speaking during the inauguration, Mr Shuaibu, while stressing the importance of the Ekiti governorship election to the party, urged the campaign council to shun hate speech in its campaign message to the people of Ekiti.

“Please avoid hate speech. Let us ensure that we don’t use hate speech during our campaigns. If other parties do that, our concern should be to capture the hearts of the Ekiti people in going out to bring to an end the four-year comedy that has been going on there.

The national organising secretary, Osita Izunaso, who was also present at the inauguration, expressed the party’s resolve to win the Ekiti governorship election.

“The election should be a must win for our party. We won that election before, it was taken away fraudulently. This time around, we want to win it again and retain it.”

The chairman of the party’s national campaign council, Abubakar Bagudu, represented by the Ondo State Governor, Rotimi Akeredolu, at the inauguration, called for unity among the campaign council and all stakeholders to ensure victory, come July.

“We have faced enough of affront as a party. Challenge has been thrown to us not only by the PDP, but by Governor Fayose. So we must be united to confront that challenge. We will give our all to ensure that we win Ekiti State for the APC.

Below is the full list of the campaign council members