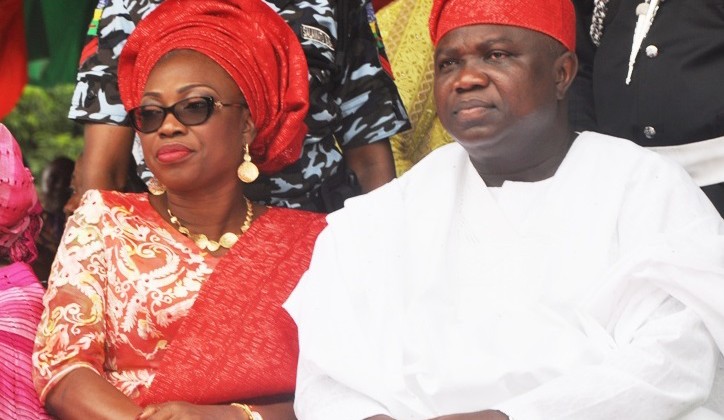 Beware of fraudster claiming to represent me – Ambode’s wife

Bolanle Ambode, wife of the Governor of Lagos State, Akinwunmi Ambode, on Tuesday distanced herself from the alleged criminal activities of a certain individual posing as her representative to extort money from unsuspecting members of the public.

Mrs. Ambode, in a statement signed by the Assistant Director, Public Affairs, Folashade Kadiri, said the unknown individual has been utilising social media platforms to disguise as her representative to defraud people.

She, therefore, warned Nigerians to be wary of such entreaties from any person.

“The attention of Her Excellency, Bolanle Ambode, wife of the Governor of Lagos State, has been drawn to the criminal activities of a certain individual, masquerading as her representative, for the purpose of exhorting money from unsuspecting persons, using the social media platform,” the statement said.

“Her Excellency wishes to state very emphatically, that she has no links whatsoever with such fraudulent element, neither has she authorised anyone to act on her behalf in questionable circumstances.”

Mrs Ambode also urged members of the public to be vigilant and avoid dealings with ”shadowy figures purporting to be representing her for motives that are self-serving and dubious”.