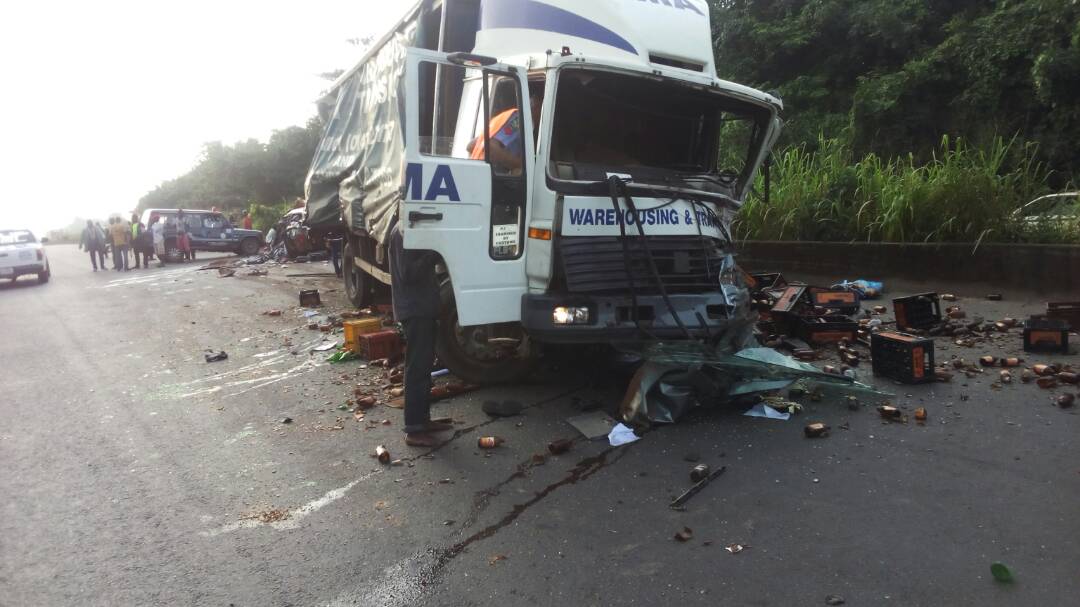 A driver of a Toyota Sienna on Wednesday lost his life in an auto accident while driving against the traffic at Ogbere along Ijebu-Ode-Ore-Benin Expressway.

The Public Relations Officer of Traffic Compliance and Enforcement Corps, TRACE Babatunde Akinbiyi, ‎who confirmed the tragedy said the victim died when his car collided with a Volvo truck.

Mr. Akinbiyi, said the corpse of the victim had been deposited at the mortuary of the State General Hospital, Ijebu Ode.

“Our operatives at the scene of the accident said the driver of the Toyota Sienna drove against the traffic and rammed into a Volvo truck coming on its rightful lane,” he explained.

“The driver who was the only one in the car died instantly due to the impact of the head-on collision,” he added.