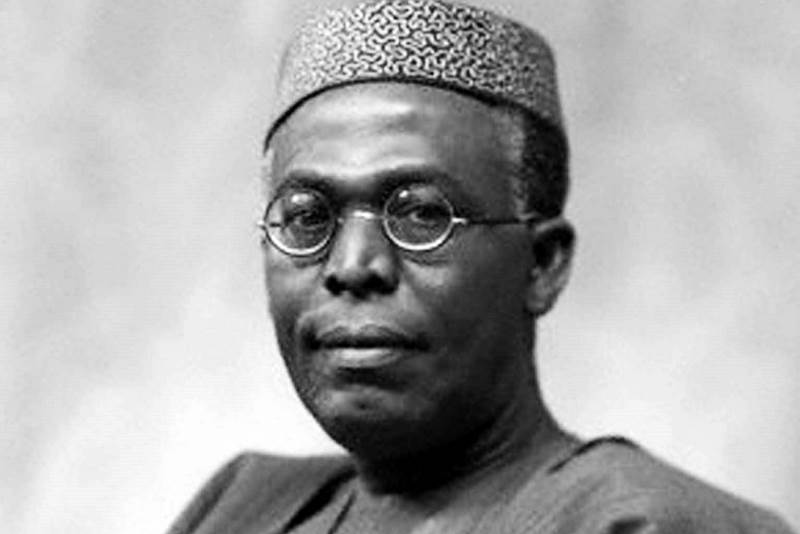 The Lagos State Government will on Tuesday unveil a new iconic statue of the late sage and nationalist, Obafemi Awolowo.

The imposing bust located on Obafemi Awolowo Way by the Lagos Television (Ltv) junction in Ikeja is a befitting replacement to the old Awolowo statue that was removed from the Allen Avenue round-about in Ikeja.

Standing at 20 feet, the new Awo bust will be unveiled by Governor Akinwunmi Ambode alongside notable dignitaries across the state.

In a press release on Saturday by the State’s Commissioner for Information and Strategy, Steve Ayorinde, Tuesday’s ceremony will reinforce Governor Ambode’s commitment to acknowledging the contributions of patriots whose deeds and ideals were instrumental to making Lagos State in particular and the South-west region in general a formidable political and intellectual force within the Federal Republic of Nigeria.

”It has always been Governor Ambode’s desire to honour patriots and nationalists like Chief Obafemi Awolowo whose impeccable record and immense contribution to regional and national development inspired a new generation of brilliant and forward-looking politicians like the Governor himself,” Mr. Ayorinde said.

He added that erecting the bust on the same road that was named after the former Premier of Western region several years ago and beside the television station that was the first to be owned by a state government “is a unique way to keep the Awo legacy alive in Lagos State.”

The unveiling ceremony is expected to be witnessed by members of the Awolowo family and Awoists across the country, with minimal traffic disruption between 11 a.m. and 12noon on Tuesday.
Designed and produced by Hamza Atta, the Awo bust symbolises and projects his true value and reminds visitors and history enthusiasts about the legacy of the foremost statesman.

Obafemi Awolowo was the first Premier of Western Region after playing a key role in Nigeria’s Independence in 1960. He led what was regarded as the most efficient Civil Service in West Africa, which led to the transformation of major sectors in Nigeria especially the Western region.

As the Asiwaju OmoOodua, Mr. Awolowo integrated and seamlessly developed the then Western Region through the construction of modern and sustainable infrastructure and industries which expanded trade and improved the economy of the region.

His free education scheme in the region, which was first of its kind in Africa, remains a point of reference till date.

It was the late politician that set up Nigeria’s first industrial complex and commercial housing estate in Ikeja and Ibadan which has remained a sustainable driver of the region’s economy.

His contributions towards responsive governance in the then Western Region, particularly Lagos, remains one of the bedrock of the state’s development.