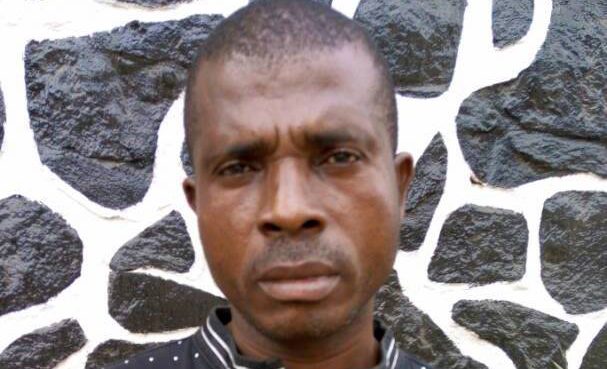 The‎ Command Public Relations Officer, Abimbola Oyeyemi, made this known to PREMIUM TIMES on Thursday, adding that the suspect reportedly committed the crime in Ijoko community located in Sango town of the state.

“Police in Ogun State has arrested Ini Udoh for having unlawful carnal knowledge of three minors, two of whom are 9 years old while the other one is 12 years old,” Mr Oyeyemi disclosed.

He said the suspect who lived in the same compound with the victims’ parents usually lured the girls into his room whenever their parents and his own wife were not around under the pretence of sending them on errands. He allegedly had sex with them at different times.

The police spokesperson said ‎the crime was unravelled when the mother of one of the girls noticed ‘what looked like sperm on her daughter’s panties while washing it and this aroused her curiosity.’

“It was this (disclosure) that led to revelation that the suspect has been having sex with her and two others whenever their parents are not at home,” Mr Oyeyemi said.

He said a report was subsequently lodged at the Sango Police Station and detectives then arrested the suspect.

Mr. Oyeyemi said the three victims have been taken to the General Hospital for medical attention. He added that the Commissioner of Police, Ahmed Iliyasu, has ordered immediate transfer of the case to the Anti-Human Trafficking and Child Labour Unit of the State Criminal Investigation and Intelligence Department for further investigation and possible prosecution of the suspect.

‘My son has gone to be with Jesus’, Actress Eucharia Anunobi confirms death of only child