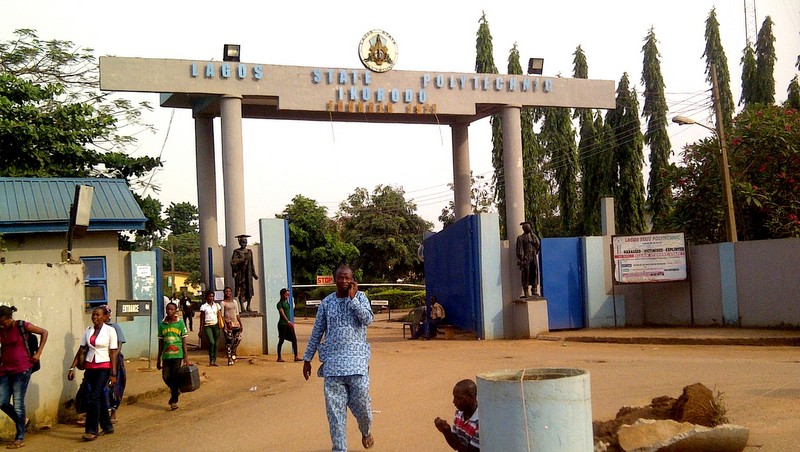 LASPOTECH used to illustrate the story

In a bid to forestall any activity capable of impeding academic continuity for students of the Lagos State Polytechnic, the state government has filed a motion on notice for interlocutory injunction before the National Industrial Court sitting in Lagos to restrain the unions from embarking on another strike action.

The Special Adviser to Governor Akinwunmi Ambode on Education, Obafela Bank-Olemoh, in a statement on Friday, said the originating processes and motion on notice for interlocutory injunction have been served on the three unions including the Academic Staff Union of Polytechnics (ASUP), Senior Staff Association of Nigerian Polytechnics (SSANIP) and Non-Academic Staff Union (NASU).

He said the government, since October 2016, has actively engaged and held discussions with the three unions based on their request that the Consolidated Tertiary Institutions Salary Structure (CONTISS) 15 Migration Scheme, developed in 2009 by the National Board for Technical Education (NBTE), be implemented with payment of the accruing 87 months’ arrears, computed to the tune of N1.7billion.

According to him, in the intervening months since the matter was first brought to the attention of the government, deliberations have been carried out through the Governing Council of the school and related MDAs specifically Ministries of Establishment, Training & Pension, Public Service Office (PSO), and Economic Planning & Budget in order to ensure that the matter was properly addressed.

Mr. Bank-Olemoh added that the state’s Ministry of Education also reached out to the NBTE to ascertain the exact provisions and mandate of the CONTISS 15 SALARY Migration Scheme noting that the response was that the demands of the unions were not in line with the provisions set out by the NBTE in 2009.

He wondered that despite the fact that a copy of the report, dated July 14, 2017, was sent to the Governing Council of Lagos State Polytechnic and circulated among the three staff unions, they had maintained their stance in asking for payment in arrears from 2009, called for a strike called for a strike.

Besides, Mr. Bank-Olemoh said the government was committed to entrenching stability in the state’s tertiary institutions and that regardless of the ongoing economic challenges across the country, it has continued to prioritise the funding and carrying out major infrastructural projects at state tertiary institutions in the past year, and recently increasing monthly subventions of all state institutions, with no arrears owed.

He however appealed to the three staff unions of Lagos State Polytechnic to apply fair judgment and consider the students of the institution, particularly those in their final year who would be adversely affected if they are not allowed to take their final exams.

“All members of staff and students are further advised to continue with their lawful activities on and off campus, as the state government will continue to pursue all necessary steps to ensure peace, stability and security in the Polytechnic.

“In this regard, all staff are hereby directed to resume work without further delay, while the management should monitor compliance and report same to the Ministry of Education,” Mr. Bank-Olemoh said.