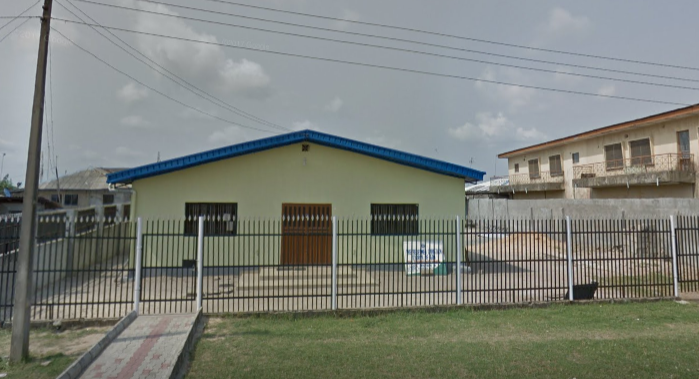 The Chief Judge of Lagos State, Olufunmilayo Atilade on Tuesday freed 80 juveniles, who were incarcerated at the Badagry Prison in the state for sundry offences.

The News Agency of Nigeria reports that the inmates who are below 18 years old, were arrested and prosecuted by the Lagos State Task Force on various offences such as hawking and breach of the peace.

They were convicted by the Mobile Courts in the Lagos metropolis for various offences and sentenced to terms ranging from six months to two years after failing to pay fines imposed on them.

The prison facility which has 70 staff with a capacity for 320 inmates, is currently accommodating 584 inmates, out of which 389 are convicted and 195 awaiting trial.

Freeing the children from custody, Justice Atilade admonished them to be of good behaviour always.

“In accordance with Section 1 (1) of the Criminal Justice Release from Custody (Special Provisions) Act Cap C40, Laws of the Federation of Nigeria 2007.

“You are hereby released from custody this first day of August 2017 and you are warned to go and sin no more,” the chief judge said.

The children, who looked malnourished and clad in blue and green prison uniform, were immediately handed over to the Ministry of Youths and Social Development.

NAN also reports that the chief judge had initially set out to release 28 children, but seeing the high figure of juveniles in the prison, 52 more children were released during the exercise which lasted from 12.30 p.m. to 3.35 p.m.

At least, 50 children were still in the facility.

Oye Famuwagun, the Deputy Controller of Prisons, in his address of welcome, highlighted the challenges facing the prison.

“The issue of quick dispensation of justice for the awaiting trial inmates poses a lot of problems and has made the prison to be over populated,” he said.

Justice Yetunde Idowu, the Head of the Family Court of the Lagos State Judiciary, in her speech, decried the incarceration of the children in the adult prison.

“The Judiciary and the government of Lagos State has zero tolerance for child abuse and we are saying No to children in prison whether under conviction, trial or otherwise.

“I am pained to be where we are looking at these children, if a child under 18 years is brought here, please alert the High Court, Office of the Public Defender (OPD), Ministry of Youths and Social Development and other agencies.

“Anytime a child commits an offence, we want to reform and rehabilitate them, there are correctional facilities available.

“Keeping a child in prison traumatises him or her, we don’t want children in our prisons, no child should be kept in prison for even an hour,” Mr. Idowu said.

Adeniji Kazeem, the State Attorney-General and Commissioner for Justice, also reiterated that the state government had a zero tolerance for the incarceration of minors.

Speaking through Funlola Odunlami, the Solicitor – General and Permanent Secretary in the ministry, Mr. Kazeem restated: “On behalf of the Lagos State Government, we do not permit this.

“We will see what we can do to stop this problem, the government can be contacted through the OPD, Directorate of Public Prosecutions (DPP), Ministry of Justice, Ministry of Youth and Social Development or call 112 which is a toll-free number.”

In her remarks, Adefunmilayo Tejuosho, the Chairman, State House of Assembly Committee on Judiciary, said the House would find solutions to the problem of incarceration of juveniles.

“Mr speaker said I should say today that the problem of keeping children here is something that should not be tolerated.

“When you leave here today, you should not come back here as a repeat offender, as a mother and a legislator; I don’t condone the ill-treatment of children.

“We love you and urge you to go on the right path and do not commit crime again,” she said.

Odunlami Anjorin, a Director in the Ministry of Youths and Social Development, said the ministry has adequate facilities for the rehabilitation of the children.

“Much has been said about the Child Rights Law, the law is our guiding principle and the welfare of the children is the mandate of the Ministry.

“The Ministry frowns at any form of child abuse, subjecting children to unnecessary harm and injury which is happening here.

“We have facilities that deal with these situations and social workers who enlighten the public about the rights of children.

“We are taking the right step and this will send a necessary signal to the public that the rights of children should not be trampled upon,” Ms. Anjorin said.

Welfare of Nigerians is at the core of our policies – Osinbajo