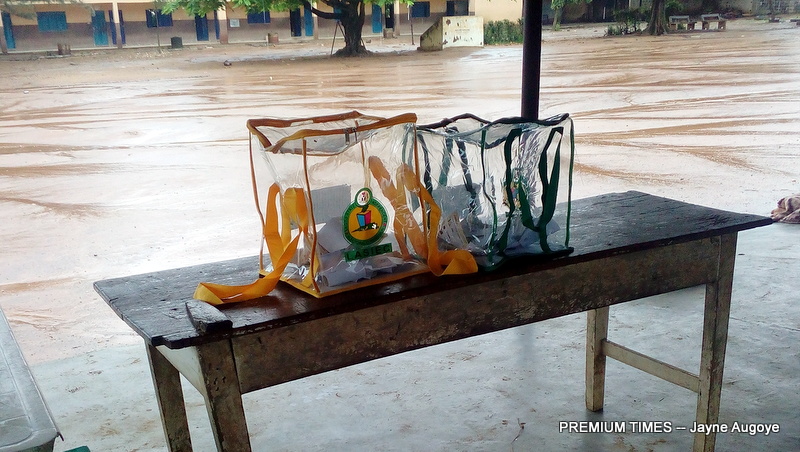 Local govt election in Ajegunle ‘a rape on democracy’ – Lawmaker

The lawmaker representing Ajeromi-Ifelodun Federal Constituency at the House of Representatives, Rita Orji, has accused the Lagos State Independent Electoral Commission of colluding with the All Progressives Congress to manipulate the July 22 council polls in the state.

Mrs. Orji, who spoke to journalists in Lagos on Sunday, alleged that the election was riddled with voters’ intimidation by armed APC thugs.

“Ever since I was born in Ajegunle, stayed in Ajegunle, grew up in AJ, I’ve not seen where cultism took over election premises,” said Mrs. Orji, a Peoples Democratic Party lawmaker.

“The election of Ajeromi-Ifelodun taught me a wonderful lesson on this planet earth. If you say you are electable, why hijacking ballot papers?

“Election material did not arrive in many of the polling units in Ajegunle. The ones that arrived came sluggishly by 2 p.m. and by 3 p.m. election is called off.”

The APC won the chairmanship seats in all the 20 local government areas and 37 local council development areas in Lagos State at the elections held on Saturday.

In Ajeromi-Ifelodun local government area, Adekunle Ayoola polled 17,663 votes to defeat Jeff Joshua of the PDP who got 6,607 votes. In Ifeolodun local council development area, Shuaib Ajidagba beat Olakunle Olapade of the PDP by 17,915 votes to 3,378 votes. The APC also won all the councillorship positions in the two local councils.

On Monday, Ayoola Philips, the LASIEC chairperson, said the ‎commission ensured fairness and justice for all the political parties during the election.

But Mrs. Orji, a lawyer, said what transpired in her constituency was “a rape on democracy.”

“13 bags of thumb-printed ballot papers were recovered on the election day, it’s in police custody now,” she said.

“People that parade themselves as democrats, is that democracy? I believe that if you must win election, if you are good and perfect as you believe, present yourself to the electorates, allow them to say who you are.

“To God be the glory the whole world has the game, and I want to see how they will talk about democracy in Lagos from this moment. Good enough, legislators have taken the bull by the horns, by Tuesday we will start voting for constitutional amendment and that amendment is that local government election would be handled by INEC.

“People like us that know what they are doing in National Assembly, not those who thought eating kola and going to juju to sacrifice is the only way of getting power, power comes from God.

“People like us know what we are doing in the upper chamber, and I can assure you, from Tuesday-Wednesday, by the time we conclude everything, it will become a law. We want to know how they will go and tell INEC in Abuja that you will do thumb-printing, I want to know how they will say no card reader. What happened on Saturday, people can move from different places, one person can vote ten times.

PREMIUM TIMES had observed voters’ intimidation at several wards in Ifelodun local council where armed thugs chased away prospective voters who had queued under the rain to cast their votes.

After the announcement of the result in Unit AD1 in Ward F, an APC agent stuffed a wad of money into the hands of the LASIEC official.

Mrs. Orji said all the PDP agents were chased out from several polling units in Ajegunle by “gun and knife-wielding boys.”

“When you are so desperate to perpetrate a crime, you can go any level,” she said.

“They beat the chairmanship candidate of PDP, he nearly died in their hands for nothing sake. Myself, they swooped on me with their charms but they no dey use the child of a native doctor to check drugs how it works.

“When you see the desperation of APC Ajeromi-Ifelodun through the LASIEC, my dear, I don’t need to tell you that there is no result in the whole local government where APC won, they didn’t win one ward. The evidence is here.”