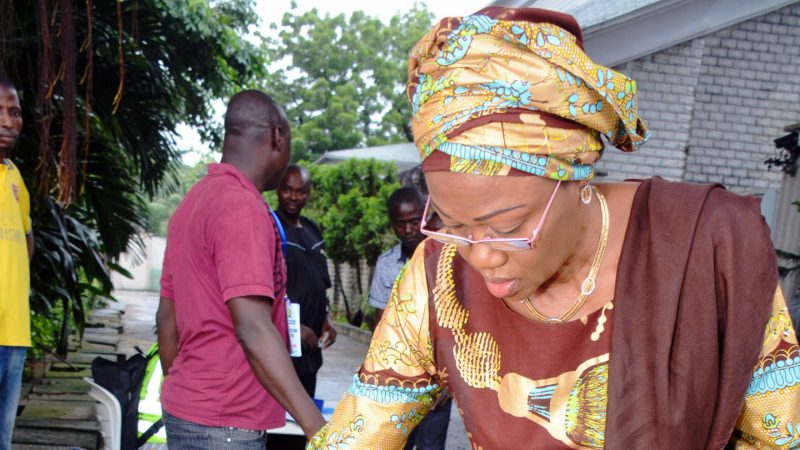 Former Lagos first lady, and current senator, Oluremi Tinubu, on Saturday said that eligible voters in Lagos State who fail to cast their votes in the local government elections would not be justified to complain against local councils.

Mrs. Tinubu, representing Lagos Central, said this in Lagos in an interview with journalists in her residence in Bourdillon, Ikoyi.

She spoke after casting her vote.

The senator said voting was a way to hold governments accountable.

“It is not for you but for your generation yet unborn so that things can be put in place.

“We have set the standard in Lagos; every elected candidate does not have any choice but to work,’’ she said.

She said she had been working as a people’s representative for the past six years and would continue to do so till the end of her tenure.

“LASIEC has done well; security personnel are on ground ensuring that there is peace and order.’’

Also, the Secretary to the Lagos State Government, Mr Tunji Bello, who voted at Ward E, Olonade Street, Yaba LGA, commended voters who turned out in spite of the downpour.

“Voters have shown support for democracy by coming to vote in spite of the rain.

“Starting the election behind schedule is understandable due to the downpour; it is impressive.

“I believe that APC will carry the day,’’ he said.

Jide Jimoh, representing Lagos Mainland in the House of Representatives, told journalists that the elections had been peaceful.

“The election process is fantastic so far, and I commend the Lagos State Commissioner of Police for that.

“I won’t want to make any judgment on LASIEC because we are just starting. Taking off does not matter; it is landing that is the most important thing.

“We have taken off; at the end of the day, we will see the result. I expect a positive result,’’ he said. (NAN)