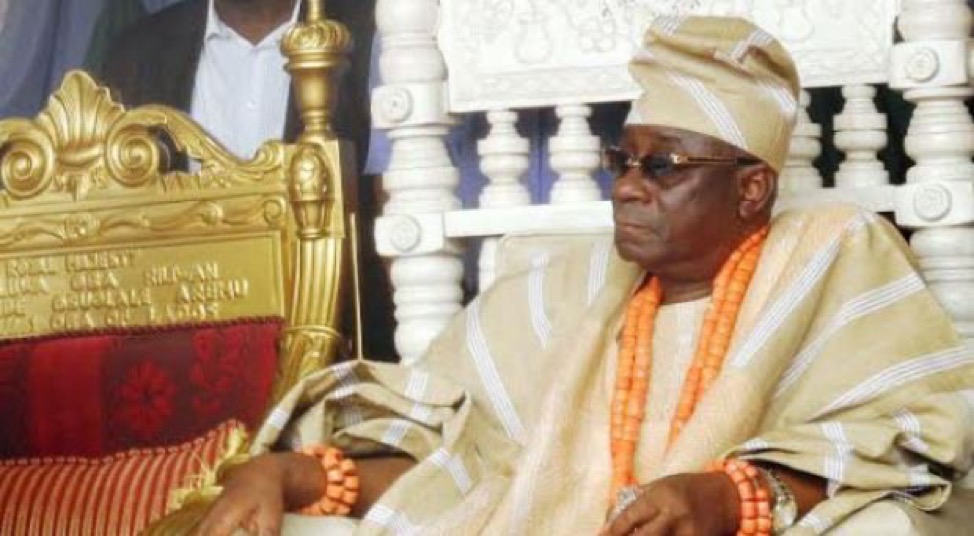 Fatai Olumegbon, a kingmaker and the Olumegbon of Lagos, on Tuesday told an Ikeja High Court that the Oba of Lagos, Rilwan Akiolu, was chosen by Ifa, the god of divination as the rightful monarch of Lagos.

Mr. Olumegbon said this at the resumed hearing of a suit challenging the legitimacy of Mr. Akiolu as the Oba of Lagos.

Mr. Olumegbon, who in his evidence explained the process for the selection by kingmakers, said: “We received the application of those who were selected by their various ruling houses.

“To ensure transparency, we requested that the names be submitted through the Olori Omo Oba.

“All the envelopes containing the names of the applicants as received were sent for Ifa divination and one by one, the names were screened.

“When the name containing Akiolu’s name was done, they shouted ‘ejiogbe’, that is, this is the man that will rule well and bring the desired changes.

“Apart from that, Akiolu was the first Oba unanimously selected by all the six kingmakers. In fact, he scored 6-0.”

The kingmaker added that when a particular name was investigated by the Ifa priests, it was outrightly rejected because the candidate was an alcoholic and a womaniser and that he would not handle the throne properly as a result of the vices.

While being cross-examined by Babatunde Fashanu, the counsel to the claimants, Mr. Olumegbon said that a 90-day rule where an Oba could not be selected until after 90 days did not exist in the selection of Obas in Lagos State.

Mr. Fashanu also enquired why minutes of the kingmakers meeting were being recorded contrary to customary practice.

Responding, Mr. Olumegbon said the minutes were not being kept in previous times because the kingmakers of old were not literate.

“What is happening today would have not been easy to defend if not for the records of minutes.”

He added that he followed due process in the selection of Mr. Akiolu as Oba.

“Any kingmaker could crown the Oba and Oba Akiolu was crowned by a member of Eletu Edibo family,” he noted.

He explained that every eligible prince must trace his lineage to Ado, the first Oba of Lagos, through the two ruling houses of Olugunkutere and Akinsemoyin, excluding the Sokun family that was settled with special title.

The News Agency of Nigeria reports that Mr. Akiolu’s title is being challenged by Prince Adedoyin Adebiyi and Prince Rasheed Modile, both of the Akinsemoyin Ruling House of Lagos.

Messrs. Adebiyi and Modile were candidates chosen by the Akinsemoyin Ruling House to contest the Obaship in 2003 after the demise of Adeyinka Oyekan, in 2003.

They lost the race to Mr. Akiolu, who they alleged had no rightful claim to the throne.

Joined in the suit as respondents are the state governor and the Attorney-General of Lagos State, Awobade Pearse.

Others are the representative of the Ologun Kutere Ruling House, J. Junaid-Eko and the head of the traditional white cap chiefs of Lagos.

Other respondents include Kola Balogun and Musibau Kelani, who are the respectively the Head and Secretary of the Eshilokun Royal Family.

Justice Adebowale Candide-Johnson adjourned the case until November 8 for adoption of written addresses.

We will maintain ‘status quo’ on Melaye’s recall — INEC