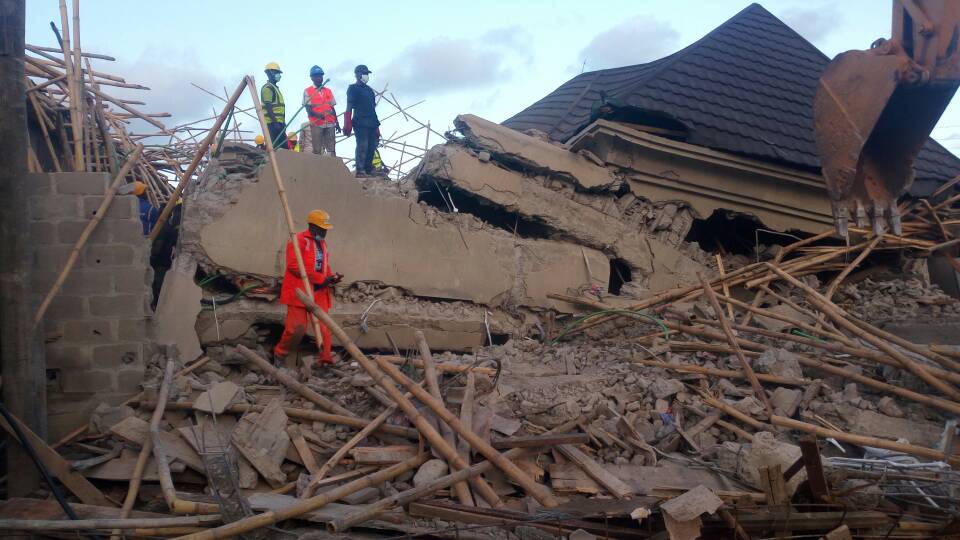 The Lagos State Government on Monday arraigned the Managing Director of Lekki Gardens Estate Limited, Richard Nyong, before the Lagos Division of the State High Court over alleged complicity in the events leading to the collapse of a building in Lekki area of the state on March 10, 2016.

Mr. Nyong was arraigned alongside others before Justice Sybil Nwaka over alleged negligence resulting in the collapse of the building which reportedly killed more than 30 people.

Before the arraignment of the defendants, Justice Nwaka had ruled on an application contesting the suitability of the criminal charges against the defendants on the ground that there was no seal of the counsel to the prosecution on the information as required.

A counsel to the defendants, Wole Olanipekun, had blocked their arraignment last week after he raised an objection over “a faulty process.”

After the charges were read to them, the defendants pleaded not guilty, while their lawyers, including Bode Olanipekun and George Oguntade, urged the court to allow the defendants to continue enjoying the previous bail granted to them.

In response, Mr. Kazeem said in as much as the court had discretion on the matter, it was important for conditions that would ensure the presence of the defendants for trial to be imposed.

In her ruling, Justice Nwaka ruled that the defendants, except the second defendant (Mr. Olumofe), should continue enjoying their bail conditions, but added that they should deposit their international passports with the court.

With respect to Mr. Olumofe, Ms. Nwaka granted bail to him in the sum of N100,000 and two sureties in like sum. The sureties, according to the court, must be gainfully employed, while the Lagos State Directorate of Public Prosecution (DPP) must verify the sureties.

The court also ordered Mr. Olumofe to deposit his international passport, while he is to be remanded in prison pending the perfection of the bail conditions.

Tragedy had struck on March 10, 2016 when a six-storey building under construction by Lekki Gardens in Lekki area of the state collapsed and killed 34 people.

The developer was said to have added an additional floor to the building against what was approved by government for construction.

Specifically, the defendants are facing six-count charges for failure to obtain building approval for the collapsed building and involuntary manslaughter, offences contrary to and punishable under Section 75 (1) of the Urban and Regional Planning and Development Law of Lagos State 2010, and Section 229 of Criminal Law of Lagos State, 2015 respectively.

The matter was adjourned to October 26 and 30 for definite hearing.