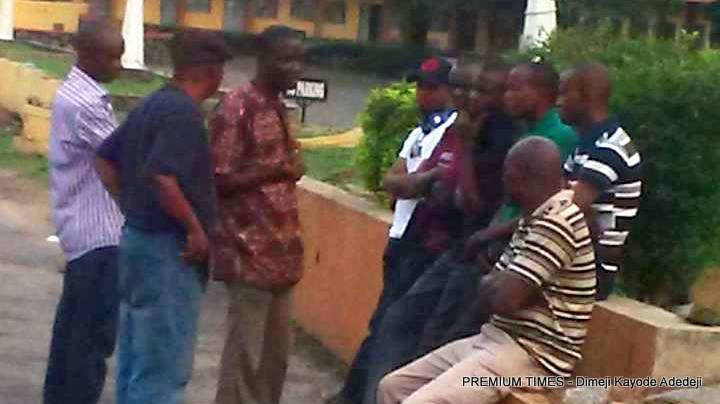 Unpaid journalists and staff of the ‎Ogun State Broadcasting Corporation, OGBC, locked up their offices as they began an indefinite strike on Wednesday morning.

The indefinite strike commences after the expiration of three separate notices the radio workers gave the management on the non-payment of their entitlements put at about N148,260,000

The workers led by their leaders, Abiodun Ogundipe (Chairman‎, Nigerian Union of Journalists, NUJ), and Ayo Aina (Chairman, Radio Television and Theater Arts Workers Union,RATTAWU) had issued 21,7 and 3 days warning to the management to pay their dues.

‎The workers stormed the station at about 4.30 a.m. armed with chain and padlock, which they used to lock up the door leading to the studio and other offices.

‎As at the time of filing this report, the General Manager and other management staff of the station could not access their offices.

However,‎ the management has contacted the police on the development,with police officers deployed to the broadcast station maintain peace.

Messrs. Ogundipe and Aina told PREMIUM TIMES there was no going back on the strike until their demands are met.

‘We would appreciate if the following demands are met for industrial harmony;(a) payment of outstanding salaries for four months at N76.8m, (b)payment of pension deductions from 2012 to date which is over N45m‎(c) payment of outstanding union dues for year 2017 at N464,000.00(d) National Housing Fund deductions of 2013 to date of over N2m(e) OGBC CTCS deduction of 2011-2016 of over N6m,” the union leaders said in a statement.