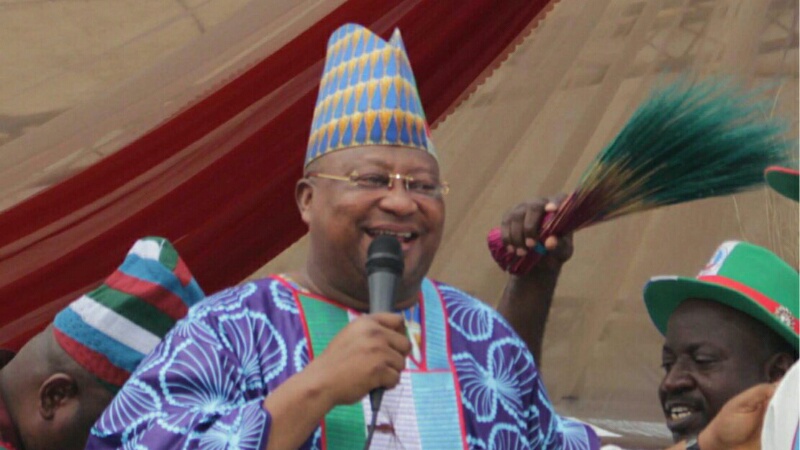 The fidau (eighth-day) prayer for late Isiaka Adeleke who died on April 23, aged 62, was held on Monday in Ede, Osun State.

The News Agency of Nigeria reports that Governor Rauf Aregbesola, former governor Olagunsoye Oyinlola and other dignitaries were present at the prayer.

Patricia Etteh, a former speaker of the House of Representatives; Adebayo Alao-Akala, a former governor of Oyo State; the Deputy Governor of Osun, Titilaoye Tomori; the Osun State Chairman of the All Progressives Congress, APC, Gbenga Famodun; party chieftains as well as friends, relatives and political associates also attended the prayer session.

The Chief Imam of Offa, Sheik Suleiman, admonished politicians and all to imbibe the good deeds of the late senator.

Mr. Suleiman said the contributions of the late senator to the development of the state would not be forgotten.

Mr. Suleiman also called on the people of the state to use the prayer as avenue to readjust their ways and live up to the expectations of the masses.

Mr. Suleiman, who noted that death is inevitable, urged those at the event to reflect on their lifestyles.

Also, the Secretary of the League of Alfas’ and Imams in Osun, Nurudeen Gbolahan, prayed for the repose of the late senator.

Mr. Gbolahan urged those who attended the event to remember that death is inevitable for everyone.

Also, Moshood Adeoti, the Secretary to the Government of the State of Osun who spoke on behalf of government, described the late senator as an icon in the state whose landmark achievements would forever be remembered.

Mr. Adeoti said that Mr. Adeleke’s painful exit was a shock to the state and the country.

Before his death, he was the senator representing Osun West Senatorial District at the Senate under the platform of the APC.

Mr. Adeleke was also the first civilian governor of Osun between January 1992 and November 1993 on the platform of defunct Social Democratic Party.