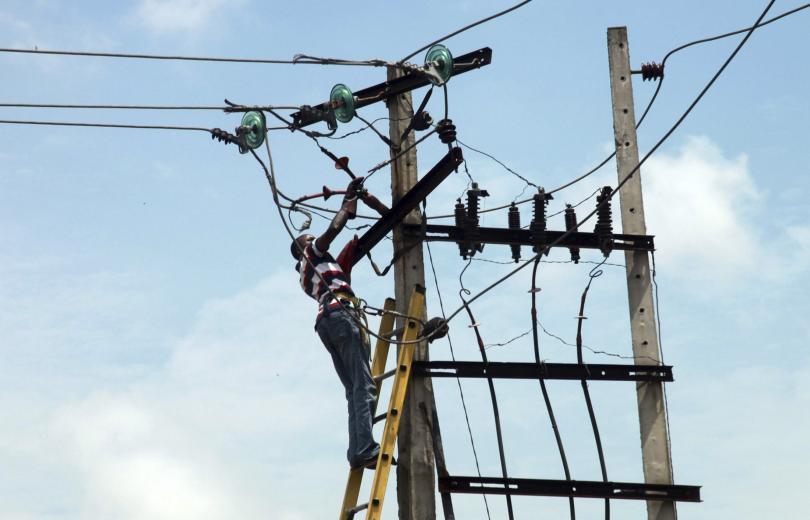 It was tragedy in Ondo town, headquarters of Ondo West Local Government Area, on Saturday following the electrocution of an ad-hoc staff of the Ondo Business District of the Benin Electricity Distribution Company, BEDC.

The incident occurred at the Government Reserve Area, GRA, located at Itanla along the Ondo/Akure highway, while he was trying to connect a wire from an electric pole.

PREMIUM TIMES gathered that the middle-aged man, whose name was given simply as Kola, was in charge of the area on behalf of BEDC and was attempting to connect a wire from the pole to a new building nearby, when he was electrocuted.

As soon the incident occurred, residents rushed to the scene to watch Kola’s lifeless body stuck to the pole.

The motorcycle he rode to the place was seen packed under a mango tree.

Officials from the BEDC later arrived the scene in their branded vehicle, in company of police officers from the Igba Divisional Police Station to remove the body from the pole.

The Business Manager of the Ondo Business District of BEDC, Chris Enuamaka, while confirming the incident, noted that Kola was on an illegal duty at the time of the electrocution.

Mr. Enuamaka said the company would issue a formal statement once investigations were fully conducted.