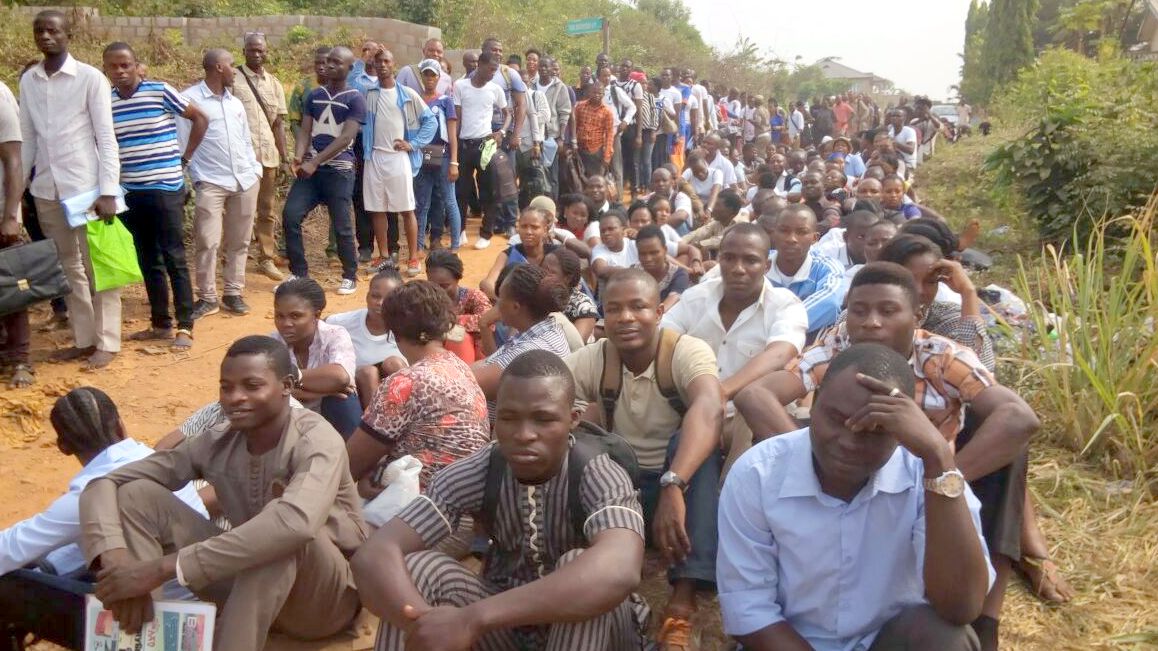 A drama occurred at the venue of the screening of applicants for the cadet cadre of the Peace Corps of Nigeria, PCN, in Ogun State on Thursday when some pregnant women begged the officials of the corps to consider them for the job due to the unemployment situation in the country.

The women were among thousands of applicants who attended the exercise held in Asero Housing Estate of Abeokuta, the state capital.

The screening was conducted in anticipation of the presidential assent to the bill establishing the corps, which was passed recently by the National Assembly.

The women and the youth arrived the venue of the exercise as early as 7 a.m. to pick the registration forms for the job.

They were subsequently subjected to medical test, fitness, mental alertness, educational standard, among others.

The women begged the PCN officials for the job after they were screened out on medical ground.

The screening, conducted by officers of the corps led by the Commandant of the Corps, Olalekan Yusuff, precedes the one-month intensive training of the cadets, and which would qualify the successful ones to be officers.

Addressing the applicants, Mr. Yusuff said the corps was a dignify profession and would not recruit anybody with criminal records.

He also admonished those who were screened out based on health reasons and pregnancy not to see the corps as being discriminatory but to commend it for being safety conscious.

He noted that the one-month intensive training contained rigorous exercise and those who were not medically fit may not be able to cope.

“We are peace loving body and we shall continue to promote and maintain peace.

“For those of you that we screened out based on health conditions and pregnancy, I want you to understand that we value your life more than anything else and we cannot allow you to partake in the training,’’ he said.

She noted that she had been looking onto the Lord for the pregnancy for close to five years and could not afford to lose it.

She commended the peaceful conduct of the officers for educating them ahead of the one-month intensive training and advised those who had poor health condition to withdraw.

She, however, called on the federal and state governments to do more in terms of job creation for the youth in the country in order to reduce their suffering.

“I thank the Peace Corps Oga for telling us that we that are pregnant cannot go, I have been looking for pregnancy for five years and now that I have it, I cannot risk it,” she said.

“And I want to beg federal and state government to create job for the unemployed youth s in Nigeria.”