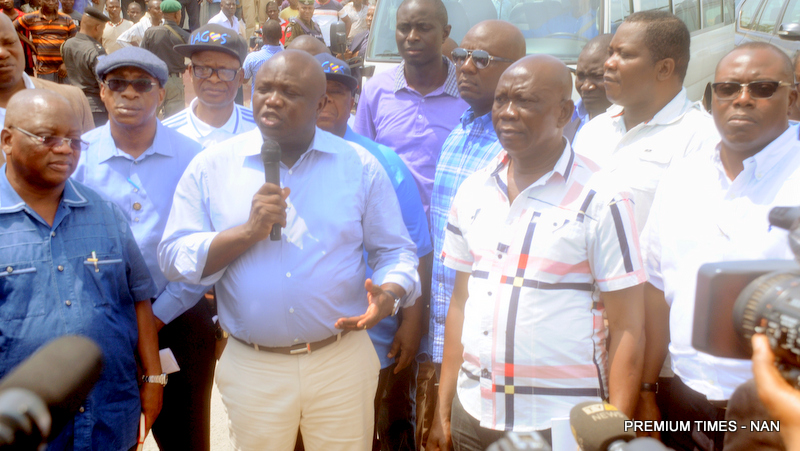 Lagos-Badagry expressway to be completed by 2019 — Ambode

The Lagos State Governor, Akinwunmi Ambode, has assured residents that the ongoing Lagos-Badagry Expressway Expansion project would be completed before the end of 2019.

Mr. Ambode, who spoke Thursday shortly after inspecting projects across the state, said the expressway was a major economic catalyst for Lagos and therefore his administration was totally committed to seeing it through.

Recalling that his recent visit to Denmark was to finalise plans with APM Terminals to fast-track the commencement of work on the $2.6billion Badagry Deep Sea Port, Mr. Ambode said it was important for the road network to be completed within schedule to accommodate the anticipated increase in economic activities within the axis.

“On the part of government, it is imperative that the project is accelerated and completed on schedule. It is a 10-lane expansion project with a provision for rail,” he said.

Construction began on the 10-lane expressway – which includes a light rail line and a Bus Rapid Transit corridor – in April 2009 by Mr. Ambode’s predecessor, Babatunde Fashola, who is now a federal minister in charge of Works, Power, and Housing.

Mr. Ambode said though the project was awarded up to Okokomaiko, in Lagos, his administration was finalising talks to give it to a concessionaire who is expected to extend the project from Okokomaiko to Seme Border.

“We believe strongly that the contractor has done a good job here,” the governor said.

“We have given him the right of way and it is our belief that the one that has been awarded should be completed on schedule. I am committed to this project; I am committed to the expansion of the economy of the East axis of Lagos. That is the surest way to go.

“By doing this project, we would also expand the real estate value of this axis and the tourism potentials of the Badagry axis. I am confident that in no time, we should have a complete project before the end of 2019.”

He noted that the challenge of relocating pipes and cables belonging to the Nigeria National Petroleum Corporation (NNPC) which hitherto slowed down the project had been resolved through the intervention of Governor Ambode.