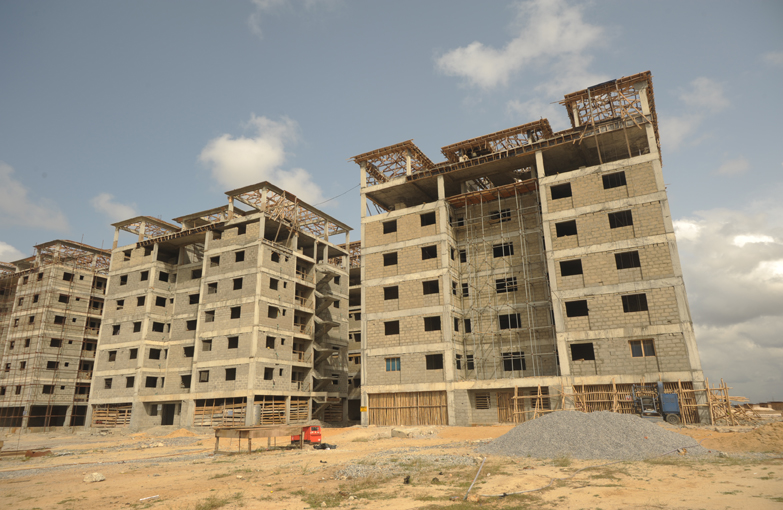 The Lagos State Government on Tuesday clarified its decision to demolish illegal structures and shanties erected along the river banks and under high tension cables across the state, citing security concerns and flagrant abuse of its building regulations as its core reasons.

Addressing journalists at the Bagauda Kaltho Press Centre in Alausa, the State’s Commissioner for Information and Strategy, Steve Ayorinde, said that the move was in line with government’s pursuit of its policy on cleaner environment and restoration of master plans through the removal of all environmental infractions and nuisances across the state.

He said over time, the Government had noted with dismay, the flagrant disobedience of building regulations in the state, hence its decision to go ahead with the enforcement of structures in contravention of the law.

Mr. Ayorinde, who was joined at the press briefing by his counterparts in the Ministry of Housing, Gbolahan Lawal, Ministry of Environment, Babatunde Adejare, and top officials from the Ministry of Physical Planning and Urban Development, said the State Government would not go back on its resolve to establish zero tolerance for all structures and properties built under high tension cables.

“It is quite worrisome that ramshackle structures, sheds, canopies and shanties, especially along shorelines have turned to the abode of miscreants/street urchins, kidnappers, touts, street traders and hawkers who often vandalise public utilities and attack innocent citizens.

“The State’s Urban and Regional Planning and Development Law 2010, prohibits erecting structures within the Right of Ways and set backs of drainage channels, centre-line of over-head electricity wires and also states in very clear terms specified distance to be observed between a Property line and a public utility”, he said.

Mr. Ayorinde said after the security council meeting of September, a directive went out to the Lagos State Building Control Agency (LABCA) and the Ministry of Physical Planning and Urban Development to take inventory of all the houses and buildings along the river banks in the riverine areas of the state to among other things, ascertain whether set backs were adhered to inline with stipulated regulations.

“So you would see that nothing is being done and nothing will be done in Lagos State as far as demolition of illegal structures are concerned without due considerations to the extant laws of the state and without adequately engaging with the communities and the people involved as demonstrated by what the Governor did in Illubirin to give them more time to move in spite of the repeated warnings and notices that were being served.

“Yes we would be considerate to the plight of those considered as urban poor, but we will also not allow their situation to jeopardize the safety and security of more than 21 million residents of the state. This is the reason why this is being carried out and this is the reason why government will not succumb to cheap blackmail,” Mr. Ayorinde said.

Explaining further, the Commissioner said most of the buildings marked for demolition did not comply with the required setback as stipulated, saying that such could have fatal consequences in the wake of an incident.

Giving a background to the demolition of shanties on the Illubirin waterfront, Commissioner for Housing, Gbolahan Lawal, said the occupants were evicted and their shanties demolished because they were illegal settlers in the area.

He recalled that the Illubirin Housing project started about ten years ago under the administration of former Lagos State Governor, Bola Tinubu, with the reclamation of the Lagoon, while the fishermen who were there at that time were resettled at Badore.

He said after the reclamation, the housing units started in 2013 and it was initially designed to accommodate 1,254 housing units, while the scheme was reviewed and redesigned by the administration of Governor Akinwunmi Ambode to make the place a live, work and play environment, with the partnership of a private investor.

According to Mr. Lawal, the illegal settlers moved into Illubirin waterfront during the process of redesigning the scheme, adding that the private investor had perfected plans to move to site, and is committing about $500 million into the scheme.

On his part, Commissioner for the Environment, Babatunde Adejare, said adequate notices and sensitisation have been embarked upon by the State Government to educate the people on the need to refrain from constructing any structure on river banks, saying that the safety of about 22 million residents of the state cannot be allowed to be jeopardised by few.