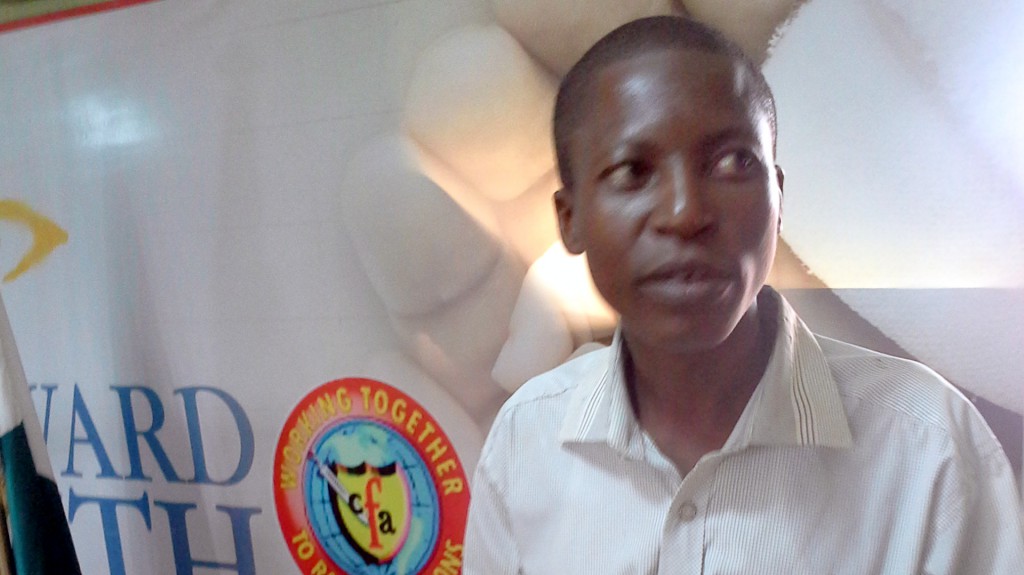 A clergyman, Wale Fagbere, who was reportedly paralysed after destroying a shrine in Aiyetoro in Ogun, has said that people mistook his posture at the shrine for paralysis.

Mr. Fagbere, who presides over the Christ Apostolic Church, CAC, Ona-Iye parish, Ayetoro , stated this at a press conference in Abeokuta.

The News Agency of Nigeria reports that the press conference was organised by the Ogun branch of the Christian Association of Nigeria, CAN.

Mr. Fagbere was reportedly stricken in the process of destroying a shrine in Ketu community of Aiyetoro in Yewa North Council Area of Ogun on September 20.

The pastor, who was reported to have been stricken by the angry ‘gods’ of the shrine, allegedly regained consciousness after custodians of the shrine carried out some rites on him.

This was said to have followed the intervention of the Alaye of Ayetoro, Abdulazeez Adelakun.

But Mr. Fagbere , who admitted that the traditionalists tried many charms on him, claimed that none worked.

He said that he only stood still and kept mute at the scene in conformity with God’s commandment to him.

Mr. Fagbere, who narrated his story to journalists, said: “About what happened at Ayetoro, it was from God and direction from the Holy Spirit for the deliverance of Ayetoro from darkness.

“God told me that I should go to the shrine to bring out those things for the liberation of Ayetoro.

“When I started what God told me, He told me to do three things in the shrine .

“He said that when I get there, I should evacuate; I should step aside and remain silent when people come out to see me .

“So, I did exactly as instructed by God on that September 20 .

“I got there around 5.a.m. and after I took out those things ,God told me to wait and stay and I did so.

“It was not their gods that held me transfixed or struck me; it was the idol worshipers that struck me with their charms.

“When I was taken to the palace, I told them that all my actions were directed by God and not human beings or the church of God.

“Although, they tried many charms on me, none was effective on me.

“I only followed the instruction of God that I should be quiet and they too know the truth .”

The state Chairman of CAN, Tunde Akin-Akinsanya , described the reports, especially those on social media, as exaggerated.

He said that the body intended to correct the misconception about the incident.

The Regional Coordinator of Yewa/Awori Pentecostal Fellowship of Nigeria, PFN, Lola Dada, said at the briefing that the custodians of the shrine demanded for money from the family and CAN to appease the gods.

“They demanded for things they claimed they wanted to use for sacrifice.

“However, no money was given to them and peace has returned to the town,” he said.

Although the police had moved to charge Mr. Fagbere for malicious damage and act capable of breaching public peace, the case may not continue.

The Police Public Relations Officer in the state, Abimbola Oyeyemi, told journalists on Thursday that the case might not continue because the traditionalists “were dragging their feet on the case”.