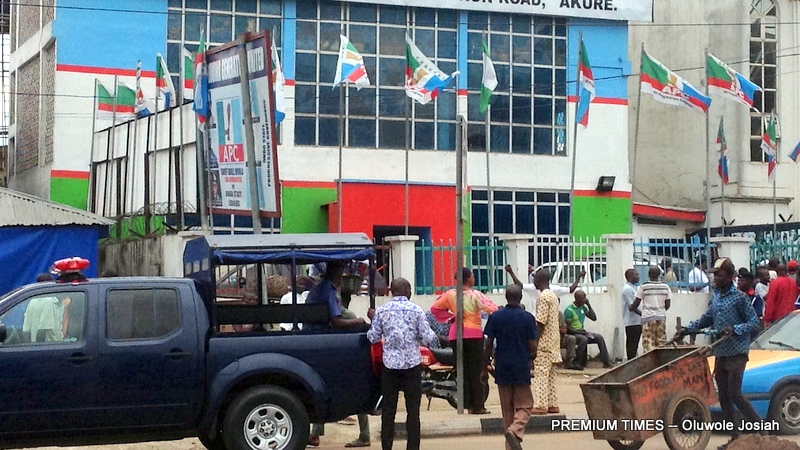 Security operatives were on Wednesday deployed at the secretariat of the All Progressives Congress in Ondo State. This follows protests by aggrieved members over the alleged imposition of a governorship candidate by a national leader of the party, Bola Tinubu.

The aggrieved members had locked the gates early on Tuesday, after they drove out party officials from the secretariat and announced the sack of the chairman, Isaacs Kekemeke.

But some of the party supporters loyal to the chairman and led by one Amoda Bello, stormed the secretariat on Wednesday, to break open the gates.

They then moved away to take strategic positions along the streets and in front of the secretariat as the policemen effectively took charge.

The armed police officers arrived the secretariat on Wednesday morning along with a detachment of operatives of Nigerian Security and Civil Defence Corps.

Mr. Bello decried the action of the aggrieved group as illegal, saying no group has the right to lock up the secretariat of the party.

He said if any group of people feel aggrieved, they should channel their grievances through the appropriate quarters.

In a reaction, the APC State Secretary, Rahman Rotimi, condemned the action of members who locked the party state secretariat on Tuesday.

Mr. Rotimi said the party secretariat is the symbol of the party and could not be locked by anybody.

He said there was bound to be differences among members of a political party like APC, but the differences could be resolved.