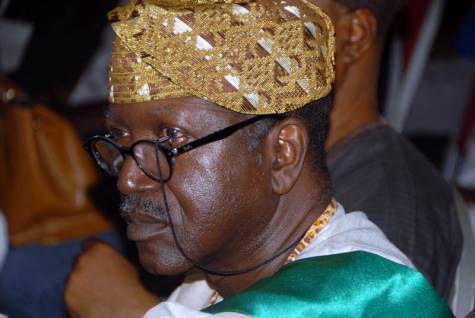 Group Backs Buhari Over Nomination Of Ajasin For NDDC Board

The Ilaje National Development Initiative (INDI) has thrown its weight behind President Muhammad Buhari for nominating Tokunbo Ajasin as the Ondo State representative on the board of the Niger-Delta Development Commission (NDDC).

The group hailed the President’s choice saying it underscored egalitarian representation in public affairs in the state and country.

The group, in a statement by its president, Thomas Mogbomerun, said Mr. Ajasin’s nomination would strengthen the NDDC board.

“We know Ajasin’s antecedent in Nigeria’s politics as incorruptible and development-focused. We are happy his nomination will bring back the long-departed egalitarian philosophy of governance,” Mr. Mogbomerun said.

The group appealed to those opposing Mr. Ajasin’s nomination to jettison their primordial sentiments and support President Buhari’s desire to appoint credible people for the good governance of the country.

The group said the word “indigene” was used only once in the 1999 Constitution in Section 147(3) and it was used in relation with State.

The said section also emphasised the need to balance distribution of powers in accordance with the dictates of federal character principle,” the group said.

“Demanding that the nominee for NDDC Board also comes from Ondo South is against fairness and the principle of Federal Character.”

The group said beyond the legal premise, the merit of Mr. Ajasin’s nomination could not be disputed and that that alone was enough reason for every well-meaning citizen of Ondo State to support him.

“We believe that Ajasin will represent a detour from previous tradition of nepotism and cronyism that concentrated opportunities from the NDDC in the hands of the privileged few, depriving the masses and even other local government areas like Ese-Odo their due share and opportunities,” the group said.