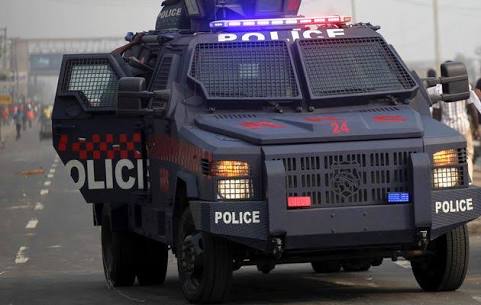 Why I pickpocket for a living – Suspect

The Lagos State Police Command have arrested a suspected member of a robbery gang that specializes in robbery and pickpockets in the city.

In a statement on Sunday, the Rapid Response Squad of the police command said they arrested Monday Ubi, 23, on Thursday after one of his victims raised a distress alarm.

The suspect had successfully removed N28,000 from one Orji Ogbonnaya’s pocket as they sat inside a commercial bus heading towards Mile 2, the police said.

The police quoted Mr. Ogbonnaya as stating that he had boarded a commercial bus at Oshodi on Thursday morning.

“On getting to Toyota, the suspect came in as a passenger because we still have vacant seats inside the bus,” said Mr. Ogbonnaya.

“I did not have any inkling that he had a mission, I shifted a bit for him and he sat closer to me. When I noticed that he had removed the money from my pocket after I touched my thigh, I pretended as if nothing had happened.”

Mr. Ogbonnaya said he began looking for a police patrol vehicle to come to his rescue.

“When we reached Mile 2, he (the pickpocket) wanted to alight from the bus and I held his trousers, then I called the attention of RRS patrol team I saw around the area.

“Unknowingly to me, he has passed the money to one of his gang. But when the Police had surrounded us, we saw one man who just dropped the money on the road and fled away. Policemen ran after him him but he absconded,” Mr. Ogbonnaya said.

Mr. Ogbonnaya said that the police had handed over his money to him.

Mr. Ubi wrote in his confessional statement that he is a member of a robbery syndicate that operates at Mile, Ajegunle, and environs, according to the police.

“One of my customers introduced robbery profession to me‎. He taught me how to remove handsets and money from our preys without their knowledge. I intentionally sat beside him (Mr. Ogbonnaya) in the bus because we always know our victims.

“This is not my first ‎time I had committed such act, I have been in this profession for close to two years now. Our gang specialized in stealing and removing handsets from innocent motorists.

“I want government to forgive me, now I realized that there is no gain in stealing.”

Confirming the arrest, Fatai Owoseni, the Lagos State Police Commissioner, said that the command is committed to ridding the state of criminal elements.