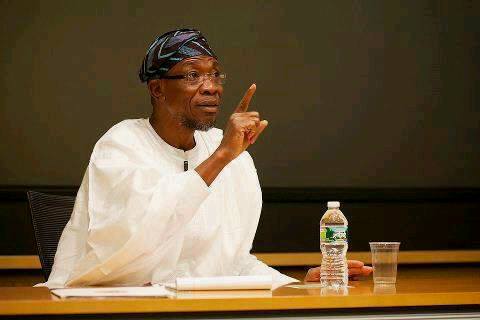 The Osun State Council of the Nigeria Labour Congress on Wednesday said the six-month old industrial action it embarked upon is over as it directed all workers to resume at their respective duty posts immediately.

The labour body asked workers to disregard an earlier announcement for resumption of the strike which sparked disagreement on Tuesday.

In a statement jointly signed on Wednesday by the NLC chairman, Jacob Adekomi and Chairman, Joint Negotiating Council, Bayo Adejumo, the workers were told that the council reached agreement with the government necessitating the resumption of workers at their duty posts.

“After due consultations between the government and the leadership of the Joint Labour Movement in the state, we hereby resolve as follows:

1. That government has assured the leadership of the joint labour movement of its continuous commitment to payment of full salaries

2. That the entire leaders of the labour movement in the state are hereby assured that the leadership of our movement are on top of the situation and we will continuously stand for the defence and protection of the interests, welfare and rights of all members at all times without disappointment;

3. That all workers are hereby directed to resume duties and continue working at their various duty positions ;

4. That the leadership of the labour movement hereby directed that nobody should disturb any worker from carrying out their constitutional assignments.” 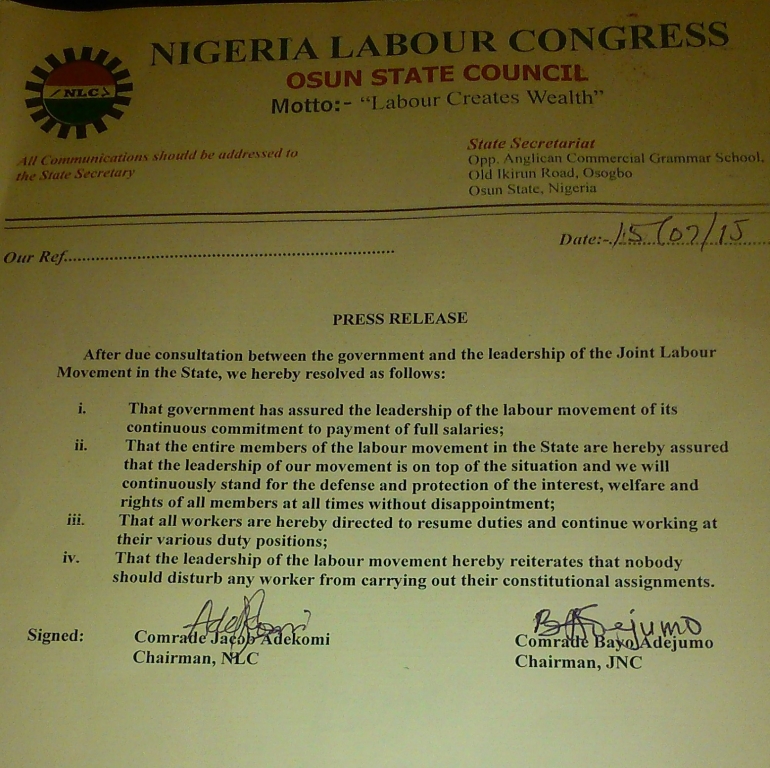